The government of India is seeking to gag the voice of the public, expressed most freely on the net. It has sent 96 requests to the Google site alone from June to December 2011 for removal of content.  In a report released recently, the Google said that there has been a 49 per cent rise in the number of requests for removing the contents in India, the highest in the world.

It may be recalled that HRD Minister Kapil Sibal had growled in exaggerated fury over a cartoon regarding the Prime Minister. The UPA government is being lampooned, criticised and chided by angry citizens, a role that the free media in the country has largely abandoned. In the capital city, Delhi, there used to be at least two newspapers earlier which were generally identified as anti-establishment. Where one could read news without the embellished PIB coating. But no longer.
According to a newspaper report, the government investigative agencies are on a huge hunt to locate the physical location and identity of several IP addresses from America, which have posted material not palatable to the Gandhi family. They are particularly focusing on Rahul Gandhi and Sonia Gandhi.  So far, the US agencies have not been very eager to share such information, as this would tantamount to violation of privacy and attempts to restrain freedom of speech. There is a Mutual Legal Assistance Treaty between the two nations. But, the Indian side wants much more than legal information. It wants the postal address, even the billing and payment details, which could fix the person directly.
According to the information released by Google, political comments were the largest among net content removal requests. It added that such requests came from countries that are supposed to be democracies giving freedom of expression and speech to its citizens. From Indian government agencies, Google received 2207 requests for user data and 3427 requests regarding users and accounts between July and December 2011. It complied with 66 per cent of the requests. Interestingly, Pakistan government made only two requests for content removal.
The UPA government is out to gag the free and critical voice. This was made further clear in its rejection of the application for accreditation of Organiser Weekly. The responses received for the RTI filed regarding this prove that the government uses this facility, the basic right of any journalist, as a candy, distributing it to those whom it felt were pliable and willing. Such publications as those which have only a letterhead existence have received accreditation to the Press Information Bureau, whereas Organiser the oldest weekly in the country has been denied the facility.
The government releases advertisements worth crores of rupees to newspapers and electronic media annually. This it uses as a leverage for blocking anti-government news/information/opinion. Look at the way the voice of the Anna team was stifled over the debate on the UPA’s presidential nominee. The net is full of analysis and reports by experts and the intelligent common man who have assessed the qualities of Pranab Mukherjee, and the charges of his omissions and commissions.  Or, for that matter the dead silence on matters relating to Sonia Gandhi. When she requested privacy over her illness, the media obeyed like a lap dog. Politicians world over in democracies are accountable for their spending public money for private purpose. But in India, the public and private have merged beyond demarcation with regard to the Gandhis.
The Congress has always been proactive in press censorship. The Emergency was only a high point of it. The AICC has always ‘cultivated’ journalists, now some of them even take government appointments while continuing to be ‘working journalists.’ And to those who oppose them, the Congress has shown its true face, repression and threats. The Google report is just an indicator of the deeper malaise of censorship in India.

Tue Jul 3 , 2012
BEIJING: China is building a wide range of infrastructure to increase the flow of Indian pilgrims visiting Mansarovar in Tibet. This is the impression of Indian ambassador in Beijing, S Jaishankar, the first envoy to visit Tibet in the past decade. Once the planned facilities are created, the number of pilgrims and visitors from […] 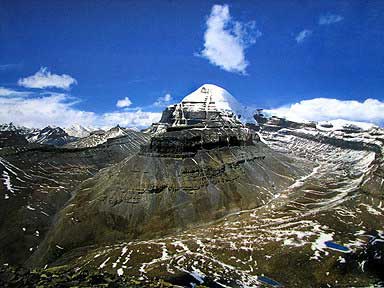