Washington: The USC School of Religion will establish the first chair of Hindu studies in the United States funded by the Indian-American community.

“USC has a long history of welcoming and embracing people from a wide variety of cultures and creeds, backgrounds and beliefs,” USC President C. L. Max Nikias said. “We’re home to more student religious groups than any university in the nation. Now we are very proud to house the first chair of Hindu studies in the United States endowed by the Indian-American community.”

Just last year, Nikias led a delegation of university faculty, administrators and trustees, including USC Dean of Religious Life Varun Soni, to India, where they met with key Indian partners in higher education, business and government, and with USC alumni, to build sustainable alliances in the areas of medicine and health care, neurosciences, the arts, communication and journalism, business, and technology and engineering.

Based in Los Angeles, the Dharma Civilization Foundation aims to fund studies of the Indic civilization, focusing on the Dharmic religions of Hinduism, Buddhism, Jainism and Sikhism. The objective is to promote Dharma education through research scholarship, degree courses and endowed chairs.

Hinduism has approximately 1 billion followers, making it the third-largest religion in the world after Christianity and Islam.

“This historic gift to the USC School of Religion highlights the department’s commitment to study the enduring questions of human life and values from a global perspective,” said Duncan Williams, chair of the School of Religion.

“There is a profound wisdom tradition embedded in Hinduism, and we humbly believe Hinduism can make a valuable contribution to global problems and challenges,” the Dharma Civilization Foundation stated. “An accurate portrayal and study of Hinduism will be important not only for Hindus but for the world.”

USC was selected for this historic gift because of its tradition of reflecting the values of its community both locally and globally.

Williams is one of few ordained Buddhist priests to chair a religious studies department in the United States. He previously served as the Buddhist chaplain at Harvard University and held the Shinjo Ito Distinguished Chair of Japanese Buddhism at the University of California, Berkeley.

Soni is the first university chaplain with a Hindu background. A member of the State Bar of California, Soni spent time living in a Buddhist monastery in India.

“As one of the preeminent research universities of the Pacific Rim, it is a natural for USC to be a leader in the study of Asian religions,” Soni said. “This gift makes that goal immediately more attainable. I also believe that this is a watershed moment for the Indian-American community, which has built many Hindu temples in the United States but has never before endowed an academic program in Hindu studies.”

USC, which boasts more than 100 student religious organizations and 50 religious directors on campus, sits in the middle of what is considered the most religiously diverse city on the planet – Los Angeles. There are more than 70 houses of worship within a mile of UPC and more than 600 different faiths in the LA area.

USC is also a destination for top Asian students. For the 10th year in a row, the university has enrolled the highest percentage of international students of any American university, with most coming from India, China and South Korea. More than 1,800 Indian students are enrolled at USC, the largest group of Indian students on any higher education American campus.

“The USC School of Religion is creating a distinctive program embodying a new Asia Pacific/West Coast style of religious studies,” Williams said. “We aim for a multifaith and global religious studies program that takes advantage of our place and moment as we position ourselves to be the intellectual hub for the Asia Pacific century.

“This gift will help distinguish the USC School of Religion by emphasizing strengths in areas that don’t have a history in divinity schools,” he added. “We are looking at things in a global way by creating a religious studies program that isn’t biased toward one part of the world.”

Pavitra Krishnamani, president of the USC Hindu Student Organization, said the gift will let students discover or rediscover the religion.

“Growing up in a melting pot like America, it is important for second generation U.S. Hindus like me to know their roots,” Krishnamani said. “I am proud to see USC’s School of Religion taking the initiative to encourage USC students to cultivate their knowledge about Hinduism and get more involved in creating a Hindu community on campus.” 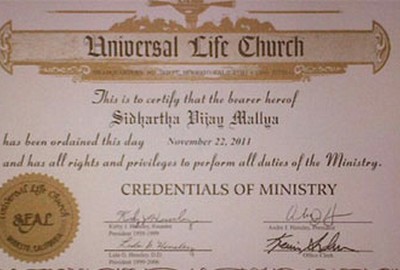