VHP Demands strong punishment to the culprit &, All time Protection to places of worship.

New Delhi, August 8, 2012: Vishwa Hindu Parishad strongly condemns the brutal attack on the Gurudwara in Oak Creek in Milwaukee County WI. VHP ‘s heartfelt sympathies are with the families of the Gurudwara devotees who lost their precious lives in the shooting. VHP also understands the trauma that the Sikh community must be going thru.

It has been noticed that past couple of years, hate crimes against Asians & Indians have become rampant in America. The American Government needs to be more sensitive towards the Human Rights of all people staying in America rather than allowing sporadic statements such as: Indians have grabbed the jobs of Americans or the Govt will not allow outsourcing etc. The world economy is in turmoil & the job situation in many countries is not so good. America too has been facing economic crisis to certain extent. In such a volatile situation, when youth emotions are already flared up, administrations & Govt need to be controlled in remarks.

VHP demands increased & sustained security for the places of worship of the communities staying in America peacefully for years together. Indians have contributed greatly to America’s Economy, Tourism, Hi-Tech, Academics, Social Service, Science & Technology. Indian students studying in American Universities & Indians working in American / American- Indian companies contribute a lot to America’s treasury. Places of worship & lives of peace-loving communities must be protected by the Government all time.

Wed Aug 8 , 2012
NewDelhi August-8: Rshtriya swayamsevak Sangh(RSS) has condemned the racism and violence that still prevalent in some sections of the American society and expressed shock over Gurudwara shoot out. In a press statement,  Suresh Joshi, Sarakaryavah (General secretary of RSS) urged Indian  Government to talk to US to ensure that proper education about the great teachings of our religions. […] 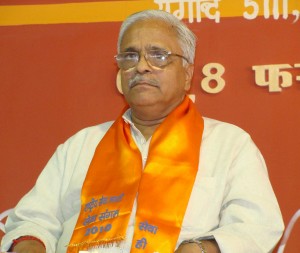