Sri Shivarathreeshwara Swamiji of Suttur Mutt, Mysore hoisted the flag and inaugurated the event. After a spectacular Shobhayatra– the procession, Sri Sunil Pandey, All India General Secretary of Bharatiya Kisan Sangh addressed the gathering of around 3000 farmers of Karnataka and 2000 representatives.

Presiding over the event, Sri Ananta Ramachandra Murukute, National President of BKS called for an organised effort to non-politically unite the agriculture sector. He was declared the slogan ‘United Farmer- Prosperous India’.

An exhibition was organised on indigenous seeds of rice, several ancient domestic agricultural tools and apparatus.

The convention also passed a major resolution which highlights the basic need of a farmers like facility of a quickest agricultural loan without interest, distribution of Kisan Credit Card, quick measures on damage of agricultural land during natural calamities etc.

The Bharatiya Kisan Sangh (BKS: Indian Farmers’ Union) is an Indian farmers’ representative organization affiliated with the Rashtriya Swayamsevak Sangh. It is one of the well-known Sangh Parivar organization. The BKS was established by Dattopantji Thengdi on March 4, 1979 at Kota, Rajasthan. It has units in all states of India, with nearly 5 lakh members.[citation needed] As of 2005, the General Secretary of the Bharatiya Kisan Sangh is Babasaheb Kathwale. 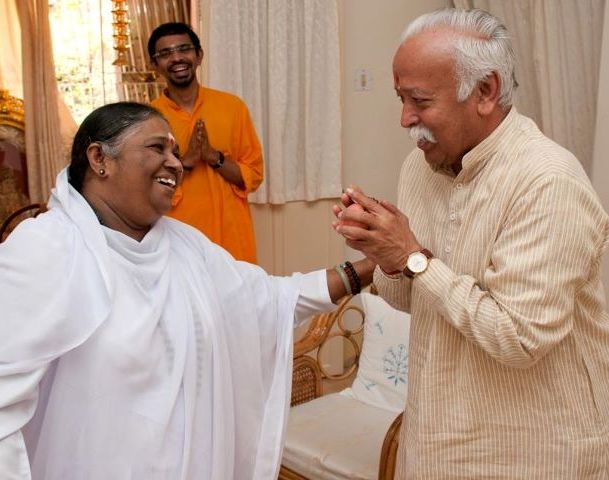