The RSS chief  was addressing a gathering of over 1,000 swayamsevaks (volunteers) who had completed their third-year course of the RSS, The Sangh Shiksha Varg, at the monthlong summer camp held here annually. Bhagwat said the RSS is engaged in uniting people on certain values of nationalism and ideals that would serve the society. He cited Punjab’s separatist movement, which he said, could be defused only because a large section of the society and also the government and those in authority could join hands to achieve the goal. “It is a complete failure on our part that we could not regain the part of Kashmir occupied by Pakistan. Parliament even passed a unanimous resolution 18 years ago that PoK is an integral part of India but successive governments have failed miserably to do anything about it”, Bhagwat said. Rashtriya Swayamsevak Sangh(RSS) chief Mohan Bhagwat said it was a lack of political will and failure of the countrymen to unite on national issues that had led to most of the problems that the country is facing today. Citing the Pak-occupied-Kashmir as one such problem, he said it was regrettable that even 66 years after parts of Kashmir were illegally occupied by Pakistan, India could do little to regain control over it.

“In 1994 Parliament passed a unanimous resolution that whole of Kashmir, including PoK, were indivisible parts of India and that we have to get back the areas illegally under Pakistan’s occupation. But after that subsequent government have done nothing in last 16 years to gain control of PoK. The country today faces several serious problems. None of them is insurmountable. Only we need to evolve a society that values nationalism and patriotism above individuals and unity to resolve these problems created by political parties that work under vote bank pressures instead of national interests,’ said Bhagwat. The RSS chief was addressing a gathering of over 1,000 swayamsevaks (volunteers) who had completed their third-year course of the RSS at the monthlong summer camp held here annually to graduate as ‘pracharaks’ (full-time activists). Bhagwat said the RSS is engaged in uniting people on certain values of nationalism and ideals that would serve the society. He cited Punjab’s separatist movement, which he said, could be defused only because a large section of the society and also the government and those in authority could join hands to achieve the goal. However, he said that such unity of thought was missing when it came to address the Kashmir problem. He lambasted the interlocutors’ report which was put in public domain recently. The report totally ignored the voice of Hindu pundits who were thrown out of the homeland, he said. He also questioned ‘the dual character’ of Kashmir that seems to have enamoured the interlocutors and said which province of India does not have such diverse nature. “In fact it is this diversity that is the hallmark of India’s unity. So where is the question of giving separate treatment to Kashmir?” he asked.

Pointing out the politics of appeasement, Bhagwat said that recently Mamata Bannerjee in West Bengal had granted a pay hike to mullahs and muezzins of mosques. “From where did that money come? It’s public money and majority in this country are Hindus,” said the RSS chief. “There is need to get beyond such appeasement of one section or another and think in terms of policies that would bring real development touching all. Such an exercise was undertaken by outgoing French President Sarkozy who formed a special committee of economists to suggest policies that would bring lasting development in terms of happiness to all and peace in the society, said Bhagwat. Director of Punjab Kesri chain of newspapers Ashwini Kumar, who was the chief guest at the valedictory function, said if one stood firm on values, success was certain. He said he lost his father Lala Jagat Narain as well as father Ramesh Chandra to separatists’ bullets in Punjab. But his newspaper refused to be dictated by the militants.

Kumar said he considered himself lucky for having spent the day, which was also his birthday, at the RSS headquarters..

(with inputs from TIMES OF INDIA and OUTLOOK) 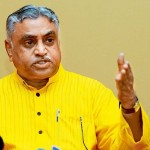 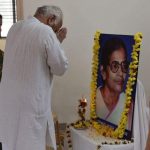 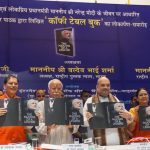 Concentrate on your accomplishments to become worthy : Sarasanghachalak Mohan Bhagwat.

« Central Govt must withdraw 4.5% Muslim Quota & apologize to the nation: VHP
Dr Togadia warns of stir against Constitutional Amendment if any for Muslim Quota in India »