ABVP demands for a larger debate on the single entrance test for all engineering colleges including IITs before implementing this unilateral decision taken by IIT council which undermines lawfully established IIT senate authorised to amend admission process of IITs.

ABVP condemns MHRD decision on provisions of the Joint Entrance Examinations which are includedwithout proper research on the background of the impact of these changes on the student intake of the premier engineering institutes. This decision certainly raised eyebrows as IIT Council has taken this decision against the advice and decisions of Senate of majority of the institutes and this hints at the Government influence on functioning of the council.

ABVP demands a comprehensive study of the growth and impact of coaching industry in competitive examinations, excess of which is undermining the very thought of taking such examinations. Latest move, likeprevious one to set aside subjective exam by IIT councils in 2006 will serve as feeder for the sprawling coaching industry.

The step of having +2 Board exam marks to be weighted for the admission to all engineering institutesincluding IITs, NITs and other national institutes has come into serious question as the process of proposednormalisation is not conclusive, and has not tested for India’s context with around 30 state and national levelschool boards. Hence it will always create a cloud of confusion on how normalisation will impact common students.

This still needs debate as having many exams is confusing, time consuming and asks for allocation of resources from institution and students front. Though, having a single exam can be easier to apply, economical but has a risk of mounting pressure of a single exam. Hence it needs to be debated whether to have single exam or a few,or having single kind of exam twice in one sessions admission.

ABVP feels that any major change in the entrance examination should not be implemented in haste keepingin mind students of +1 and +2 standards, who will be caught in midway of their preparation for their career defining examination.
Who Should Conduct JEE?

It is apathy that CBSE will be taking exam for college admission, which is rather amusing that institution which will induct students for study in their institution have second fiddle role, which otherwise ought to have full authority in that process. ABVP reiterates its earlier stand that admission be done by joint board comprising of all segments of engineering institutes and convened by any IIT, like the earlier IITJEE. 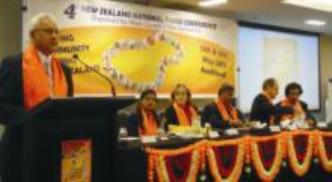