Taking serious note of planned terror & Human Rights Violations against Original Tribes & other Hindus in Assam, VHP International Working President Dr Pravin Togadia blamed the Union Govt & bordering State Govts for infiltrations from Bangla Desh & Pakistan. Dr Togadia said, “For years Islamic invaders are attacking Bharat. Even after Bharat’s independence it continued & worse is that now the infiltrators have got Bharat’s citizen’s status while original citizens & tribes of Bharat are treated as the secondary citizens. This is because Hindus do not stand together as ONE while voting & Minorities become important vote banks for all politicians.” He warned the Govts, “Kashmir, Assam, Tripura, Bengal, Odisha & all other bordering states need to seal their borders preventing any infiltration as once. At this stage, almost ¾ Western Assam has been captured by Bangla Deshi Muslim infiltrators supported by HUJI, IM, ISI & such terror groups. They hoist Pakistani, Bangla Deshi flags in Assam for past 15 years as they did in Kashmir. They have been attacking local tribes – Karbi Anglong, Khasi, Dimasa, Kachari, Jaintia, Bodo, Chongloi & many such indigenous original tribes in Neelachal – Assam – who have been there for ages. Bangla Deshi infiltrators have captured their lands, houses attacking them, raping their women, killing almost half the tribal population there, posing dire threat to Bharat’s security.” Today there is arson & hundreds of Tribals are murdered in Assam. Over 500 villages are burnt totally.  Tribes & other Hindus are fleeing to temporary shelters, being killed by terrorist infiltrators & by the Govt machinery. Govts are protecting Bangla Deshi Muslim infiltrators & pumping bullets into the original tribes who actually need protection. Almost 1 lakh people are now in shelters – homeless, lost their near & dear ones & everything that those poor Tribals had, because Govts bend before Bangla Deshi Muslims for votes. The PM of ‘India’ & his party’s head Madam called Assam CM to protect Muslims & not the Tribals, otherwise govt agencies would not have killed many Bodos, other Tribals & Hindus with Govt bullets! The PM & Madam never called U.P. CM to stop violence against Hindus in Koshi Mathura, Bareilly, and Pratapgadh etc. The duo never called Andhra CM asking him to protect Hindus in Charminar area while Muslims brutally killed them. This shows Govt’s bias against Hindus & special love for Muslims.”

VHP is watching the state sponsored terror & Human Rights Violations against Tribes & other Hindus in Assam. If the terror against them is not controlled in 24 hours then VHP will be forced to announce nation-wide democratic agitation to free Assam from Infiltrators’ terror. 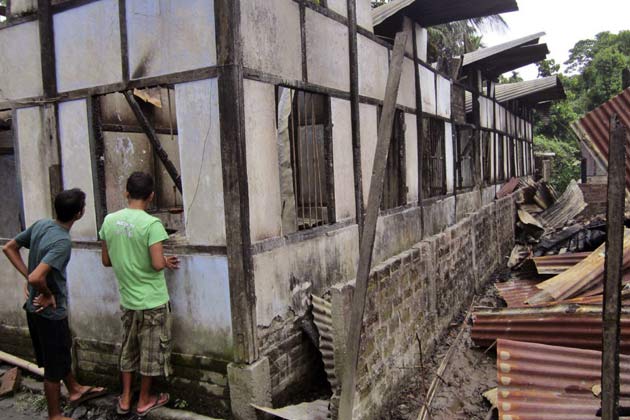