Venoor,/Mangalore January 31: “Bahubali is an icon of non-violence, represents national integrity. Bahubali brought the religion in pracrice in life. He is a Mahapurush” said RSS Sarasabghachalak Mohan ji Bhagwat.

Participating on the 4th day of Maha-Mastakaabhisheka* of Sri Bahubali at Venoor Jain Shrine, RSS Chief said “Implementation of religious theories in practical life is not easy. It requires a strong will. Values in Dharma is the current need of the world. Life should be filled with eternal values like sacrifice, patience and non-violence”

“The Indian way of life teaches to earn in two hands and to serve 1000 hands. Helping the needy is what our dharma has specified. The Dharma is the only factor which unites the society, all of us” said Mohan Bhagwat.

(Maha-Mastakaabhisheka* is festival is held once in 12 years, when the image of Gommateshvara is bathed in milk, curds, ghee, saffron and gold coins.)

Bahubali  also called Gomateshwara  is a Jain deity.According to Jain myth he was the second of the hundred sons of the first Tirthankara, Rishabha,and king of Podanpur. The Adipurana, a 10th century Kannada text by Jain poet Adikavi Pampa ( 941 CE), written in Champu style, a mix of prose and verse and spread over in sixteen cantos, deals with the ten lives of the first tirthankara, Rishabha and his two sons, Bharata and Bahubali.

The contest: Bahubali’s elder brother, Bharata, was envious of his wealth, grandeur, strength and success. His desire was for all of Bahubali’s kingdom and wealth, and thus, Bharat decided to attack the lands Bahubali ruled. Fearing that the war would destroy both the kingdoms, as well as thousands of innocent soldiers, the ministers of both sides began negotiations. After much thinking, it was decided that a personal contest between the two brothers would be a better option than war. The brothers were required to enter three traditional forms of martial contest: drishti yuddha, jala yuddha, and malla yuddha.

The last battle was to be fought by hitting heads with fists. Bharat had the first shot, because he was older than Bahubali, which knocked Bahubali nearly to the ground. Then, it was Bahubali’s turn. Bahubali’s name means ‘Bahu’ – Arm, and ‘Bali’ – Strength, he was known for the immense strength of his arm. Everybody knew and worried, that if Bahubali’s blows struck Bharat, Bharat would probably die. This contest could have been easily won by Bahubali striking Bharat. But as Bahubali raised his arm to land a blow, he paused, realizing that fighting his elder brother for land, wealth, and power was neither sane nor righteous. Indeed, it would have been a grievous moral failure for a son of a Tirthankara.

As a rule for a Kshatriya, once he has taken action, it is not possible for him to withdraw or retreat. So, instead of landing a blow on his older brother with his raised arm, he simply changed direction, pulling out his own hair with the same hand, thus avoiding striking Bharat. With this, he put aside all of his possessions, and became a solitary renunciant. Learning from this example, Bharat came to understand the folly of his greed for land, money, and power forgiving his younger brother. Bharat continued to ruled for some time, until eventually joining Lord Rishabdev as a solitary renunciant.

The fight with his brother troubled Bahubali, so after much contemplation, he decided to give up his kingdom and take up the ascetic life. He took to meditation with a thirst for truth, but – it was for ego that he took to meditation on his own. Among monks who accept monastic vows, one must bow to all others who have accepted previously regardless of age. Bahubali knew that if he went to Lord Rishabdev(Aadinath) for permission to take monastic vows, he would have to bow down to all his 98 younger brothers, who had renounced before him. Bahubali began meditating with great resolve to attain supreme knowledge, but did not succeed because his ego, which stopped him from visiting his father’s court, did not allow him to attain this Keval Jnana.

However, Bahubali was adamant. He continued his practice unmindful of the vines, ants, and dust which enveloped his body. Concerned, his sisters Brhami and Sundari asked Tirthankar Adinath about their worldly brother Bahubali. Tirthankar Adinath said that, although just moments away from enlightenment, Bahubali could not achieve it because he didn’t realise that he was standing on ‘the elephant’ – Ego. Now understanding his folly, the sisters approached him and said ‘O more bhai, ave to gaj ti utro’ (O my dear brother, at least now get down from the elephant). This saying from the sisters led Bahubali to question “Am I really standing on any kind of elephant?”. From this question he soon realised that the elephant he was standing upon was his pride and ego. As Bahubali realised his mistake, shedding his pride and ego, truth and enlightenment dawned upon him.Blessed with the knowledge of Truth, Bahubali went to see his father who welcomed him. Bahubali began teaching and showing people the right path.

Bahubali is a major figure in Jain hagiography. His story exemplifies the inner strength of Indian culture. He won everything from his brother and could have become an emperor, but he returned everything to the brother. Bahubali is considered the ideal of the man who conquers selfishness, jealousy, pride and anger.

Wed Feb 1 , 2012
BANGALORE: The Rashtriya Swayamsevak Sangh (RSS) has begun a silent, yet aggressive mission to win the hearts of people who always look up to Jammu and Kashmir (J&K) as India’s problem-child. Part of a national initiative to bring justice to thousands of people who are caught between the six-plus-decade-old conflict, […] 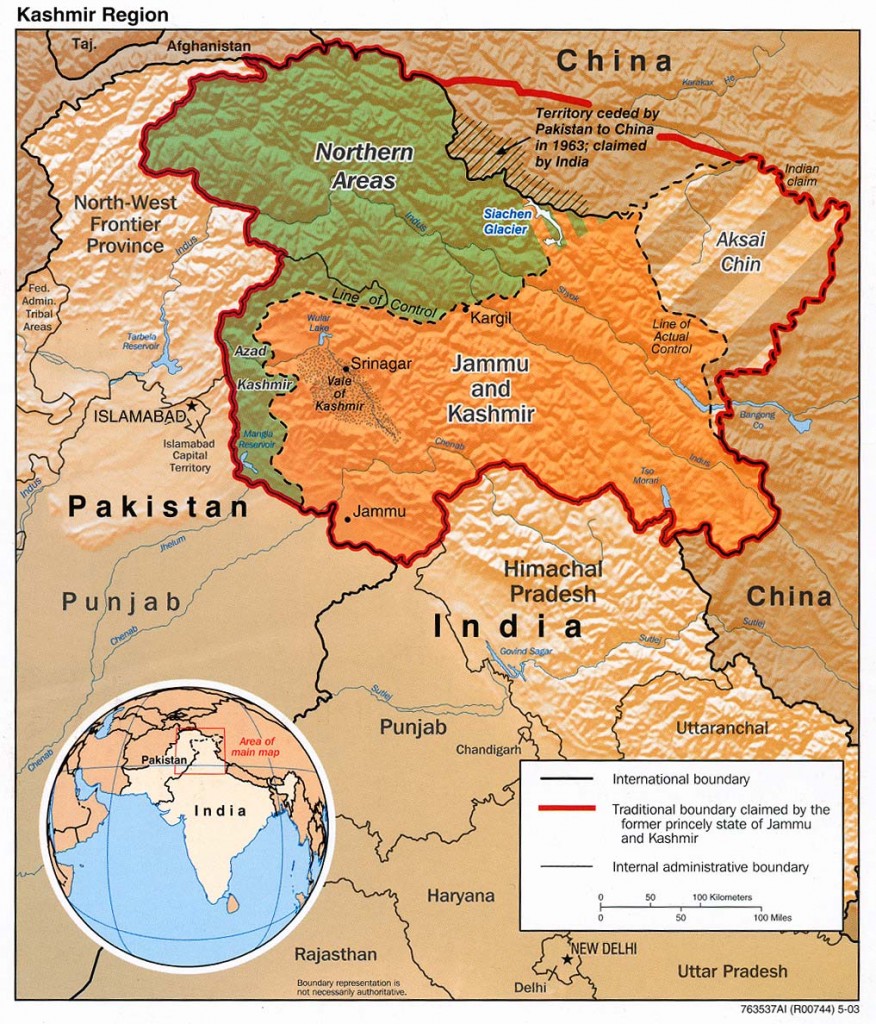