Bangalore September 16:  The Rashtriya Swayamsevak Sangh’s Bangalore unit has today paid its tribute to former RSS Sarasanghachalak KS Sudarshan who expired yesterday at Raipur after a massive cardiac arrest. The condolence ceremony was held at Rashtrotthana Parishat, Bangalore in which hundreds of swayamsevaks, well-wishers participated and paid their tributes to Sudarshan ji. Sri Raghaveshwara Bharati Swamiji of Ramachandrapur Mutt, during his condolence speech, said “Sudarshan ji was known for his simple and disciplined life, but he was highly intellectual at the same time. I respectfully pay homage to Sudarshanji, who had dedicated his life towards society through organization, swadeshi thinking and other related issues.” He further said, “Typically, people who are knowledgeable and well respected are not near to the people and vice versa. But, Sudarshanji had both qualities. He was a scholarly person and well respected. At the same time he was near to the people and very much approachable. Such people are useful to the society and he was one such person.” He also analyzed the meaning of the word ‘Sudarshana’ and told that the word meant a good vision. He regarded Sudarshan as a person who had a good vision and a person who lived as his name suggested. He also said that we need more Sudarshans today in our country. “He was a leader of the servants (sevaks) and he himself was an ideal servant of this society. He always behaved as a common Swayamsevaks and inspired lakhs of people” he said.

Senior RSS pracharak Mai Cha Jayadev spoke in this occasion and said “Though Sudarshanji is not there with us today, his thoughts are always there in hearts and minds of swayamsevaks. He never said something that was illogical. He used to study and understand a subject thoroughly and speak. Sudarshanji used to emphasize on swadeshi. He used to say that swadeshi is not only limited to dress, language and commodities. He used to say that it should be in our thinking also.” He recollected his experience with Sudarshanji wherein he had insisted him to drink the water that was kept with lunch and not to waste. Jayadev also quoted an example of Sudarshanji’s deep study on a given subject and the degree of concern he had about our country. He said that Sudarshanji had observed that Bharat’s share in the total bamboo production of the world is 51% and the share in total business of bamboo products is 2.4%. He analyzed the data and said that we could increase the income of the people who make bamboo products by 4 folds if we focus on bamboo products and marketing them well. Jayadev said such was the deep thinking he used to have in any field. He told, “Sudarshanji was opposing the use of the word ‘minority’ because every one of us in this country are brothers and sisters and all are children of Bharat mata. Sudarshanji used to question, how can one brother belong is majority and another brother to minority? This logic stunned many, including sangh’s opponents!” Jayadev concluded his speech with a request to all to continue in the path laid down by Sudarshanji, who was an original thinker.

BJP organizing secretary BL Santhosh said, “He had an extremely good capability to mingle with any kind of persons, it may be children, ladies, businessmen, politicians or scientists. He was reading childrens magazine when he had time, also the scientific articles! that was the kind of wide spectrum that he used to study.” He recollected an incident in Kerala wherein then Sarsanghchalak Sudarshanji went to Shakha like any normal Swayamsevak and took some games for kids and taught some physical activities for the swayamsevaks. This was observed by a communist leader who stayed in the opposite house. He later told to a Swayamsevak it seems that RSS would never die because a functionary in the highest position could connect so easily with a functionary in the lowest position or a common Swayamsevak! Santhosh said that Sudarsahji was a man who did what he said and said what he did. That made him a true leader, he said.

The former RSS Sarasanghachalak K S Sudarshan yesterday passed away in Raipur at his age of 82. Swayamsevaks across the world paid their tributes in Shraddhanjali Sabha’s held in different places. 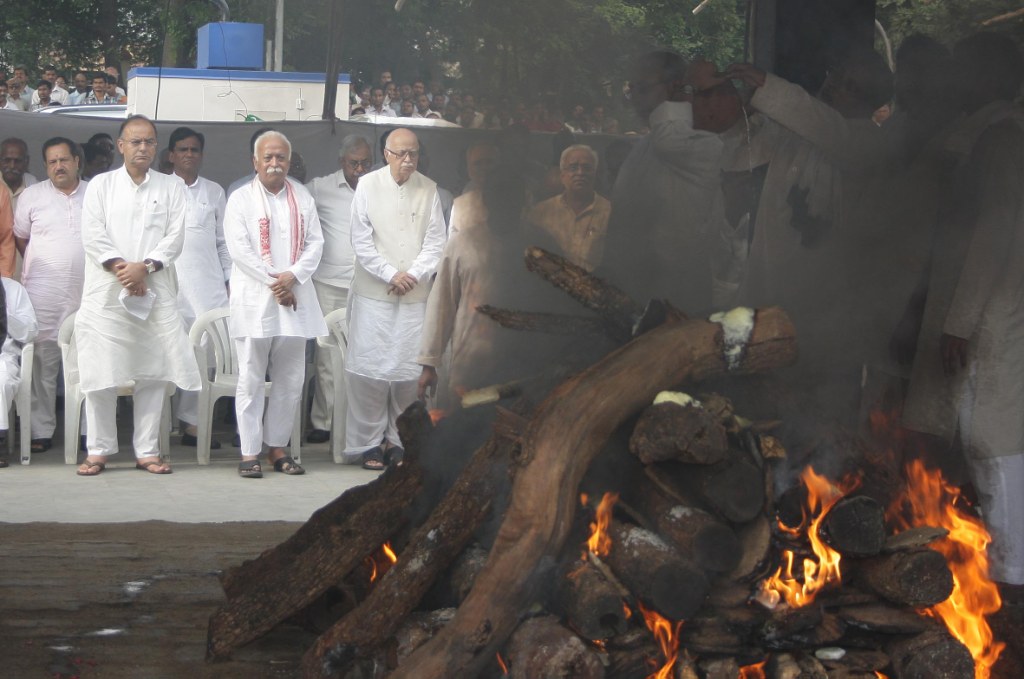