Alappuzha, Kerala September 23: RSS Sarasanghachalak Mohan Bhagwat slammed Central government over poor policies over Bangaldesh Infiltrators in the country, said “People should be united to face challenges before the nation, an integrated effort is needed to resist all anti-national activities. Through self motivation people should come  to accept these social responsibilities and should aware of their duties. Common man has potentiality to bring social changes”.

RSS Chief Mohan Bhagwat was addressing in a SAANGHIK, ‘Jagratha Sangamam’, which was held as part of the  concluding ceremony of the RSS district level leaders camp on Sunday at the EMS stadium at Alappuzha in Kerala. Bhagwat further added, “Inspired by life and message of Swami Vivekananda, Dr KB Hedgewar, the founder of RSS realised that If a nation is united by all sectors, it can face all threats and challenges before it. Hence people should be united. RSS still believes that citizens unity itself is Ramabaan (remedy) for social ailments. Hence our focus is to make society of  people, which stands tall by morals, characters and patriotism. RSS indulged in making such man-making  mechanism since its inception.”

He also remembered the role of RSS Swayamsevaks  in maintaining healthy traffic during the valedictory of Samarasata Sangama held at Nagawara, Bangalore. The police were congratulated RSS volunteers for controlling a crowd of  of 40,000 within 45minutes, which caused no disturbance to the public, the roads were cleared soon. “The incident showed the expression of social discipline by swayamsevaks learnt in RSS Shakas. Nation needs such citizens who are strongly patriotic, disciplined and committed to society.” said Bhagwat.

“There have been reports of intrusion into Assam.  Though the High Court and various agencies had alerted the state and the centre about the matter, the governments did not act properly, and that resulted in the Assam riot.  The governments should take action instead of just discussing the issues”,  Bhagwat said.

Tue Sep 25 , 2012
Pandit Deendayal Upadhyaya (September 25, 1916 – February 11, 1968) was an Indian philosopher, economist,sociologist, historian, journalist, and political activist. He was one of the most important leaders of the Bharatiya Jana Sangh, the forerunner of the present day Bharatiya Janata Party. A revered icon of Integral Humanism, he was an ideologue and a guiding force for a alternative model of […] 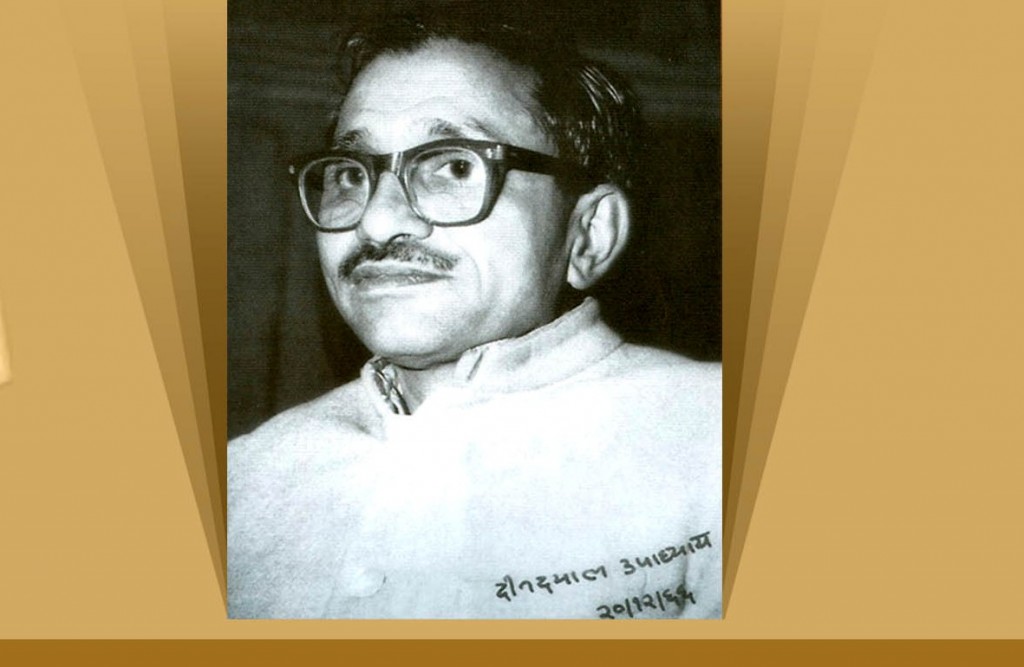