We are deeply saddened by the news of the demise of  Dr. Varghese Kurien, well-known world over as the Milk Man and Father of White Revolution. Coming from a humble background in Kerala Dr. Kurien rose to become the leader of the cooperative milk production movement initially in Gujarat but which finally led to the creation of the National Dairy Development Board in the country, an umbrella body of tens of thousands of cooperatives.

Today if millions of farmers dependent on dairy industry are leading successful cooperatives through which millions more are leading happy lives, the credit should go to Dr. Kurien. But for his vision, perseverance and practical business wisdom the milk cooperatives movement started by stalwarts like Morarjibhai Desai and Sardar Patel wouldn’t have survived and AMUL wouldn’t have become the household “Taste of India” today.

Dr. Kurien was also a thorough patriot firmly rooted in Bharatiya ethos and culture. It was his sincere love for the nation and society that brought him in close contact with the second RSS Chief P.P. Sri Golwalkar (Guruji). Dr. Kurian cherished his friendship with Guruji and fondly and reverentially remembered about it in his autobiography ‘I too had a Dream’.

In the demise of Dr. Kurien the country has lost a beloved son and the millions and millions of dairy farmers engaged in over 100,000 cooperatives a father-figure.

On behalf of the Swayamsevaks of the RSS I pay my respectful homage to the departed soul and pray to the Almighty that it may be accorded a befitting place at His altar.

I offer my condolences to all the near and dear of Dr. Kurien.

Sun Sep 9 , 2012
Vadodara: RSS Sarasanghachalak Mohan Bhagwat addressed a gathering of Swayamsevaks and Well wishers, in an Boudhik Varg at Vadodara, Gujarat yesterday. Mihan Bhagwat on Gujarat Pravas since 2 days, arrived to attend a major Baitak of West Zone Pashcim Kshetra. The detailed text of speech is given below, please clock […] 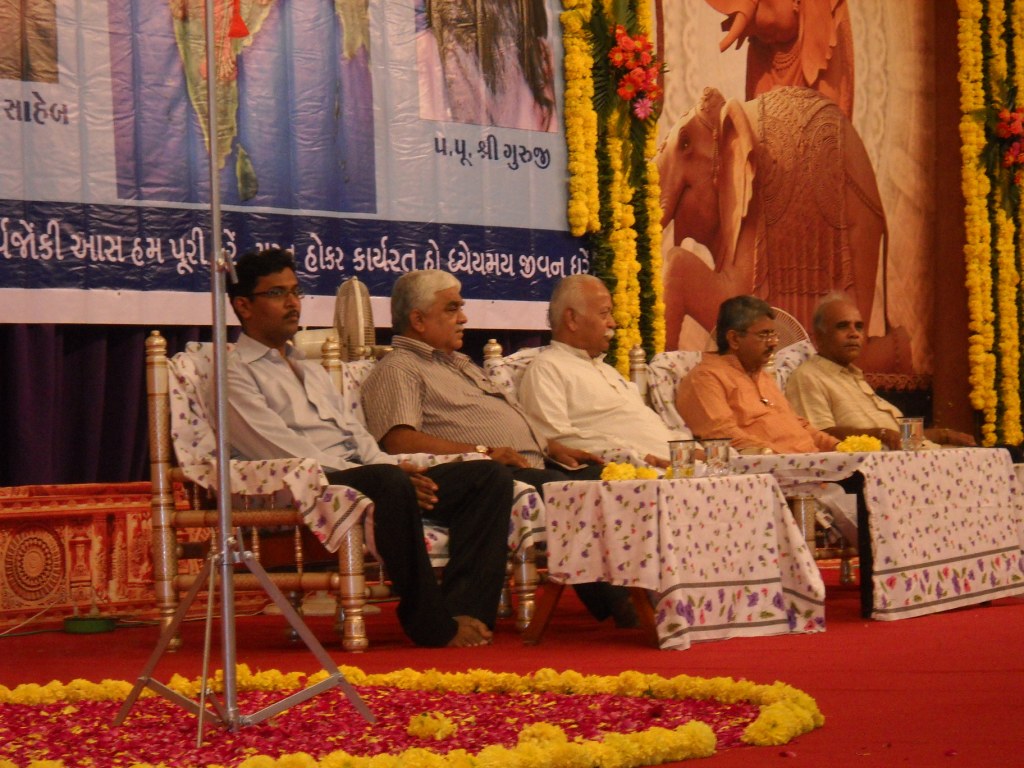