RSS Pracharak Seetharam Kedilaya, who is leading his Bharat Parikrama Yatra, today visited Aliya Arabic College, Darul Islam, Chemnad, Paravanadukkam Village (Pin 671317) in Kasaragod at 5.00 PM.  Kedilaya discussed on his yatra with the Principal KM Adul Ghaise and other students of the institute.

Speaking on the occasion Principal KM Abul Ghaise said that “the biggest curse of India is the partition happened in 1947 which gave birth to a new nation called Pakistan.  Yet, Pakistan couldn’t gain anything out of it and still suffering from its internal imbroglio. In India, the need of the hour is unity among all sections of the Society and such an unity will boost the strength of our country and I request all to support the noble cause of this Bharat Parikram Yatra”. 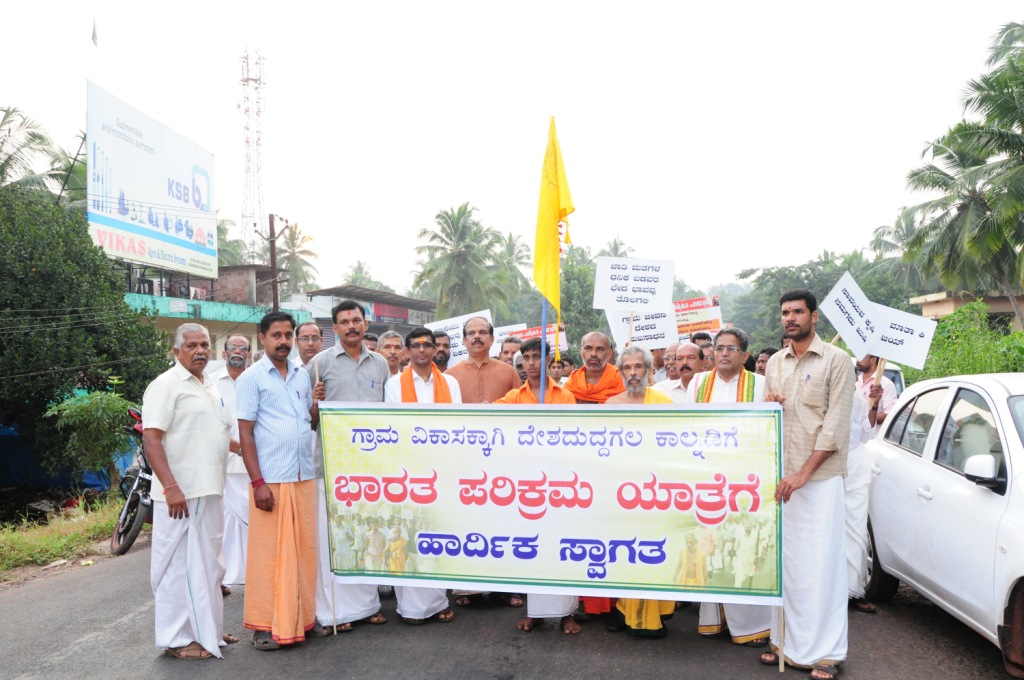