Kedilaya has dedicated a slogan for the purpose. “Know Bharat, be Bharat and Make Bharat Vishwaguru”. The reason for the yatra is clear. The current trends that prevail are businesslike and commercial , where life is being seen only in terms of trade and profit. This unfortunately has given rise to poverty, unemployment and corruption everywhere. Another trend that prevails is that the world is now a battlefield, with life being nothing but constant strife. This thought stream has led to violence, terrorism and an existence hand with deadly weapons everywhere. This has led to deep turbulence and instability, with people all over the world making a mad scramble for any straw that will provide them with peace. And then this makes them realize that the road to solitude, ultimately happens to be Bharat. It is here that the relevance of the third and most important trend comes into being: “The world is a family and life is a revelation”. 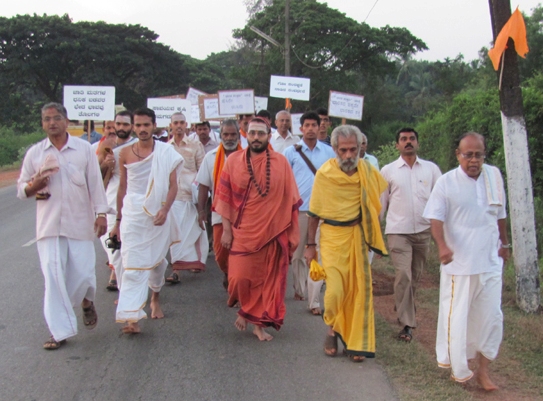