Kozhikode, September 27: Began on August 9, 2012 from Kanyakumari of Tamilnadu, RSS Pracharak Sitaram Kedilaya lead Bharat Parikrama Yatra has successfully completed 50days, is now moving in villages near to Kozhikode in Kerala.The Yatra has been aimed at the upliftment of rural life in the villages of India. The Yatra which was launched in Kanyakumari on August 9, has now covered an approximate distance of 600km.

On day 50, the Bharat Parikram Yatra reached Poyilkaavu of Vadagara Taluk of Kozhikode district in Kerala.

Thu Sep 27 , 2012
NEW DELHI: India has the means to become asuperpower but lacks a long-term vision to achieve the objective, RSS chief Mohan Bhagwat today said at New Delhi. According to him, since Independence, the country has not been able to focus on a single vision and has changed it as per the prevailing circumstances. “We have […] 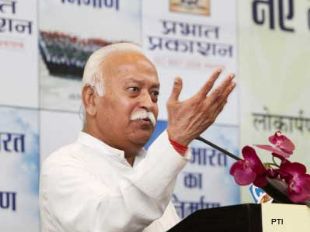