Bayaru Kasaragod October 17, 2012: Receiving a warm welcome for his Bharat Parikrama Yatra on its 70th day, RSS Pracharak Sitaram Kedilaya is keen on his mission of Graam Vikaas (Rural Upliftment) with a motto of ‘Know Bharat, become Bharat, Make Bharat the World’s Teacher’.

Prominent social leaders of the Village, woman and children, RSS Jilla Prachaak Girish, were there to receive the Bharat Parikrama Yatra which arrived in Bayaru from Dharmatthadka where Kedilaya stayed last night.

Elaborating on the Bharat Praikarama Yatra,  Sitaram Kedilaya has earlier said that a span of 10 kilometres will be covered on a daily basis by foot, after which he will take rest in the village that falls in the vicinity. The primary task he has to undertake will be to get in touch with the youth and the prominent members of the village and discuss important issues like care of sick. This will include the handicapped, blind etc. Other activities like taking a round of the entire village and engaging in a collective session of prayer at the village temple. This will help create a bond of great depth with the people, which will help the villagers realize that villages were, once upon a time, a single encompassing family. However, this feeling has taken a back seat now, which has led to a whole lot of problems everywhere. This has now escalated to national and international levels. The feeling of unity, along with creation of family bonds, if brought back to villages will ensure restoration of harmony to a great extent. This could be instrumental in the rekindling of the concept of ‘Vasudha Eva Kudumbakam’. And then, the journey will resume to the next village.

Thu Oct 18 , 2012
New Delhi: Pramukh Sanchalika of Rashtra Sevika Samiti, V Shanta Kumari, Popularly known as Shantakka , told media persons in New Delhi on October 4 that the Samiti is going to intensify its campaign against the menace of Love jihad and conversion. For it, she said, the Samiti is organising special one day […] 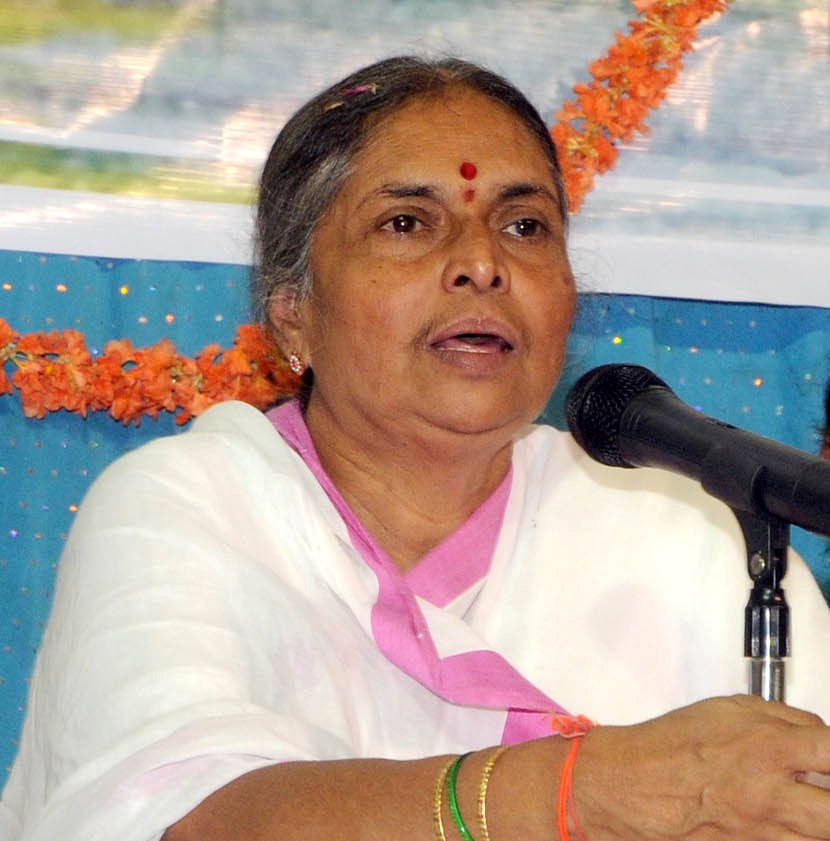