After performing Gopooja at dawn, Kedilaya headed his journey to the coastal town Mangalore from Kuttarupadau Village’s Balasamrakshana Kendra premises where he stayed last night. He received welcome for his Bharat Parikrama Yatra at NH-17 at Thokkottu junction.

Launched on August 9 at Kanyakumari, Bharath Parikrama Yatrais aimed to uplift the rural Indian Life. The Yatra has a scheduled duration of 5 years, covering 15000km, reaching almost all districts of India. Sitaram Kedilaya, held the position of Akhil Bharatiya Seva Pramukh last year. Hailing from Salmara village of Puttur of Karnataka, Sitaram Kedilaya has rendered his service as an RSS Pracharak since 1970.

Sitaram Kedilaya addressed at Press Conference, shared his experiences on Bharat Parikrama Yatra. He briefed the intentions and aim of the Yatra and called Stop politicisation of any issues, to stop commercialization  stop materialization and to start Spiritualism.  He stressed the need of preserving Rural values to conserve the integrity of the society of a population in an given area.

On Tuesday the Yatra will reach Baikampady, a coastal village in Mangalore. 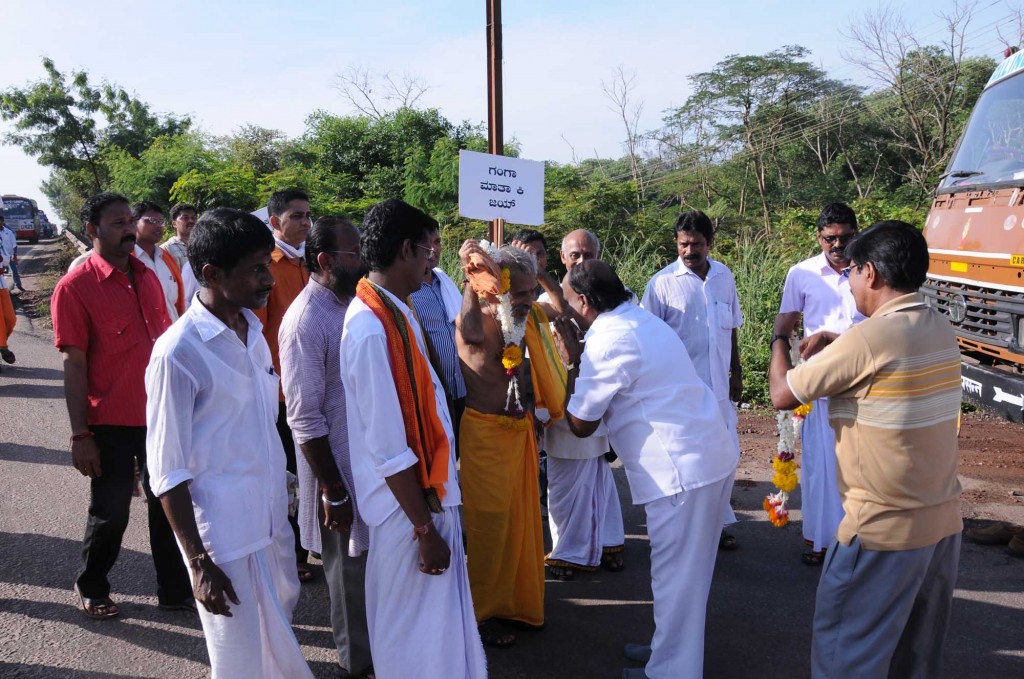