Dr Togadia said, “Only for votes, Union & the state Govts have purposely allowed Bangla Deshi Muslim Infiltration in Assam, other North-Eastern stats & other areas in Bharat. There were constant alert about these infiltrators’ terror links with ISI, HUJI, IM & others. Yet, endangering nation’s security, they were brought in, given voter IDs, all facilities not even usually available to the local Tribes, other Hindus & Non-Muslims in Assam. Since past 15 years Bangla Deshi Muslims have been systematically doing Ethnic Cleansing & Territory encroachments. Karbi Anglong, Khasi, Jaintiya, Bodo, Dimasa & other 50 such tribes have been facing loss of lives, lands, livelihood & attacks at these invaders’ hands, but Govts protected the invaders & left the original citizens of Bharat to die. It is a national shame that the original tribes & Bharat’s Hindu citizens have to live in relief camps while Bangla Deshi Muslims are grabbing even relief materials & money while their supporters are lobbying for them all over Bharat.”

Dr Togadia urged all in Assam to stand up together as ONE keeping any differences aside to protect Assam. He said, “Assamese, Bangla Hindus, all Tribes & all Non-Muslims in Assam should come together & stand together as ONE to fight the modern day invasion by Bangla Deshi Muslims. They also should vote together only for the candidates who protect them from Bangla Deshi Muslims all the time.” 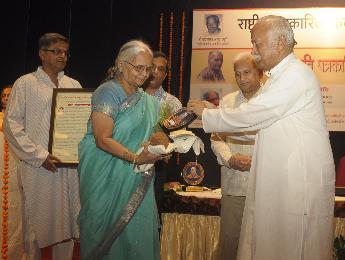