Over 5 days in sustained & systematic violence against Original Tribes & other Hindus in Assam perpetrated by Bangla Deshi Infiltrators who have settled in Assam, around 1,70,000 people have lost their homes, small little jungle agriculture lands & whatever meager source of income they had. Their houses are burnt, invading Muslims have killed men & women, schools are burnt & children are killed as well. Around 1,50,000 people are shelter less, homeless, food-less & are with just one set of old clothes that they wore when being chased away out of their homes & villages.

These are the original tribes on Assam who have been living in the hills there for ages without damaging environment, instead, making our culture rich with their wonderful art, music, dance, paintings & simple eco-friendly life-style. For the past many years Bangla Deshi infiltrators invaded Bharat from North Eastern borders, encroached upon these Tribes’ lives, lands & livelihood pushing them more & more away. Govts for obvious vote politics reason helped the Bangla Deshi infiltrators & left the Original Tribes from Assam in the lurch. To hide the truth from the nation Govts tried to paint this crisis as Bodos Vs Muslims, but it is Non-Muslims (including Hindus, Christians, Tribes etc) Vs Bangla Deshi infiltrators whom Govt use as big vote bank.

The attacks on these tribes & Hindus had been happening since past 10 years but in such a way that they were not allowed to be publicized. Today the entire situation has gone out of control & over 50 such tribes there & Hindus are on the verge of collapse only due to Muslim invasion of Bangla Deshi infiltrators. Karbi Anglong, Khasi, Bodo, Dimasa, Jaintiya & many such Tribes are worse affected, many lost their bread earners in attacks. Old people are without medicines. Children without even a drop of milk. Shelters that are started by the Govt are housing Muslims who claim to be homeless while they are infiltrators. Tribals & Hindus have nowhere to go & staying in some relief camps with no help available.

Hindu Help Line has already a few conveners & volunteers in Assam. They have been trying to reach food, clothes, medicines, water, milk powder, warm clothes etc. It is not easy to reach such things there as rails are beings attacked by Muslims & roads closed by the army. But for relief the locally purchased things are being made available & some kind Hindus staying there have shouldered the responsibility.

Hindu help Line appeals to all in Bharat & abroad to come ahead in helping Assam’s Original Tribes & other Hindus in this times of crisis. Those who wish to stand by with Hindus there & send aid, can contact:

Wed Jul 25 , 2012
Three lower rank TTD staff held for allegedly possessing Christian propaganda material After lying low for some time, the problem of proselytisation has reared up its ugly head once again at Tirumala, the abode of Lord Venkateswara. The issue which rocked the TTD about six years ago, has erupted again […] 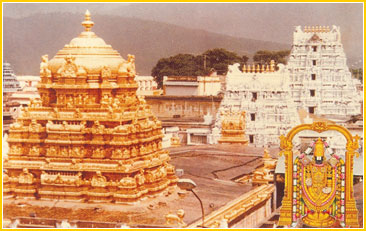