In 2006, Ananthakrishnan G of Times of India has wrote an article, now we are posting just to bring the awareness of alarming situation of Hindus in Kerala. Hindu population is sliding to a minority in Kerala.

NEW DELHI: As the committee under retired judge Rajender Sachchar was busy culling out figures of Muslim deprivation, a more generic exercise was being carried out in Kerala by an influential socio-scientific organisation — and with dramatically different results.

Results of the survey titled ‘Kerala: How It Lives, How It Thinks’ are enough to shatter traditional postulations and shows that it isn’t minority Muslims or Christians, but Hindus comprising 54.47% of the state’s estimated 3.2 crore population who are at the economic downside.

But hold on. The study is not the handiwork of any radical right wing group, but the Kerala Sasthra Sahitya Parishad whose Marxist antecedents are well known.

Hindus, according to numbers compiled by it, constitute the major chunk of the state’s poor with an astounding 39.3 lakh living below the poverty line.

Muslims follow with 24.7 lakh and Christians, 8.2 lakh. Though Muslims lead the poverty index on a religion-wise breakup, the difference with Hindus is a marginal 5.9%.

The majority community also trails in land holdings. While a privileged Hindu family owns only an average of 0.69 acres, a Muslim family owns 0.77 acre and a Christian family, 1.264 acre.

The report published in September this year says only 80.1% of Hindu houses are in a livable condition, less than that of Muslims (89.7%) and Christians (83.6%).

The minority communities are also ahead in electrification of houses and access to pipe water. Also, 14.5% Hindu houses are in danger of water log-ging suggesting they are not located uptown. Corresponding figures for Muslims and Christians are 12.8% and 10.9% respectively.

One reason for the better showing by Muslims could be the large Gulf remittance, says Parishad vice president K P Aravindan, who edited the report.

As the results show, 34.5% Muslim families have Gulf income against 11.61% Christian and 10.4% Hindu. The Christian community, however, leaves others far behind on most economic indicators.

Even in matter of dowry, Christians lead the tally with 80% families following it. Muslims tag along at 76%. Though less, Hindus too are yet to rid themselves of the social evil with 52% still under its grip.

Tue Jun 5 , 2012
NewDelhi: Veteran Sangh Pracharak Jyoti Swarup passed away at a private hospital in New Delhi on May 28. He was 91. He was unwell for some time due to age related disorders. He was cremated in New Delhi the same day. The last rites were jointly performed by his youngest […] 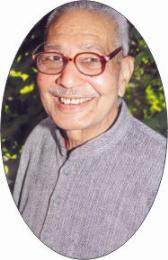