JAMSHEDPUR October 06: The Rashtriya Swayamsevak Sangh (RSS) Chief Mohan Bhagwat  has criticized the Congress- led-UPA government for moving ahead with its big ticket economic reforms without weighing the concerns of all the stakeholders.

RSS chief, Mohan M Bhagwat, has advised the Union government to avoid being passionate about allowing the Foreign Direct Investment(FDI) in the domestic market without properly studying its pros and cons for the long term.

Referring to the hue and cry of several Opposition and ruling parties at the Centre over allowing FDI in multi-brand retail sector and increase in FDI cap in pension and insurance sector, Mohan Bhagwat said: “FDI in various sectors, in the name of economic reforms, is detrimental to the nation’s progress.”

In the city to take part in the four-day session of RSS, Bhagwat attempted to distance himself from the tirade against Sonia Gandhi launched by Gujarat Chief minister Narendra Modi.

When asked about Modi’s claims on Congress president Sonia Gandhi’s medical expenses for her treatment abroad and related foreign visits, Bhagwat said such things are common in an election-bound state where the political atmosphere is charged up.

On the sidelines of the conclave here at Agrasen Bhavan, Bhagwat claimed the saffron outfit has not lost its ground in Jharkhand. He, however, refused to reply when asked about the continuous slide in BJP’s performance in the state. “Don’t know about BJP, ask their leaders,” Bhagwat said. (Inputs from TOI).

Sun Oct 7 , 2012
Islamabad: A Hindu trader was abducted and four persons, including a Shia man, were shot dead in separate incidents in the restive Balochistan province of southwest Pakistan on Sunday, police said. Unidentified armed men looted a van and abducted the Hindu trader named Ramesh Kumar on the National Highway near the […] 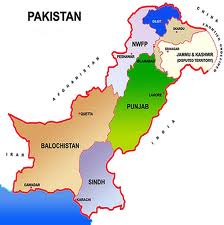