Bangalore June 30: “The report submitted by the interlocutors on Jammu and Kashmir is against national interest, which will break the democratic integrity of the nation. The report should not be accepted at any cost”, Jammu Kashmir Study center’s Dr Jitendra Singh, demanded in Bangalore on Saturday.

He was addressing a gathering of intellectuals at Gokhale Institute of Public Affairs at Basavanagudi, Bangalore in a State-Level workshop ‘Jammu Kashmir: Facts, Problems and Solution’ organised by Citizens for Democracy.

“The imbroglio of Jammu and Kashmir has a clear history. The first Prime Minister of India Jawahar Lal Nehru made major blunders by bringing article 370  at Jammu and Kashmir which gave a special status to it and by taking the issue of Kashmir to the UNO. This act of Nehru was strange since UNO is there to intervene in international issues not intra-national. However Nehru has taken this issue to world stage, where the crisis never ended yet. Th article 370 brought by Nehru is now a become political tool. Gulzarilal Nanda once stated article 370 as a ‘Tunnel’. From the days of its 1947 partition, formation of Pakistan and Jammu and Kashmir, the crisis still continues. The recent study report by Dileep Padgaonkar lead Interlocutors is unacceptable, as it has no solution for anything. It just keeps the wound unhealed and imbues to widen the crisis” said Dr Jitendra Sing. “They do not even consider nationalist people including 10 lakh  Pok refugees uprooted in 1947, 4 lakh west Pak refugees of 1947, 4 lakh kashmiri Pandit living exile since 1990, terror victim of Jammu, Laddakh people and even Gujjar, Shia Pahari Muslim as stake holders for final solution of dispute” he said.

“The call for use of equivalent nomenclature in Urdu for words Governor and Chief Minister. For appointment of Governor in state 3 names should be moved by state with advice of opposition. From them one should be appointed Governor under the pleasure of President. Recommendation of Amendment of Public Safety Act, Review of Disturbed Area Act and re-appraisal of application of controversial AFSPA. They recommended a Judicial Commission to look into the issue of “Unmarked Graves” in Kashmir valley. But, do not find necessary to give justice to the victims of planned violence against thousands of minority Hindus” said Dr Sing.

“No specific recommendation for POK refugees, Kashmir Pandits and Terror affected people of Jammu region. They failed to discuss the real causes of terrorism and forced migration of Hindus from Kashmir valley in 1990. They do not discuss, what is the effect of Union laws not extended in state due to Constitutional abuse of Article 370. People of weaker sections – SC, ST, OBC Refugees, are not getting there due share but they cannot draw attention of Interlocutors. All the recommendations of interlocutor would ultimately led to reversal of process of integration of Jammu Kashmir with Bharat started in 1953 after martyrdom of Dr. Shyama Prasad Mukherjee.” said Dr Jitendra Sing.

Senior Journalist, RK Mattoo presided over the event. In different sessions of the seminar,  a talk on ‘Article 370 and Discrimination in J&K’ was given by  noted advocate Vikram Phadke. Memeber of Parliament from Uttara Kannada, Sri. Anant Kumar Hegde, spoke on ‘Roots of Separatism‘. A talk on ‘The imbroglios at Pak occupied Kashmir’ was delivered by Prashant Vaidyaraj,  IT  Professional.

The programme was attended by select intellectuals, students.

Tue Jul 3 , 2012
Bangalore July 3: A massive protest has been organised on July 6, Friday at Bangalore and all district headquarters of Karnataka, rejecting the Interlocutors report on Jammu and Kashmir. In Bangalore, the protest has been scheduled on July 6th Fiday, 10.30am in frontof Town Hall. Senior RSS Functionary V Nagaraj […] 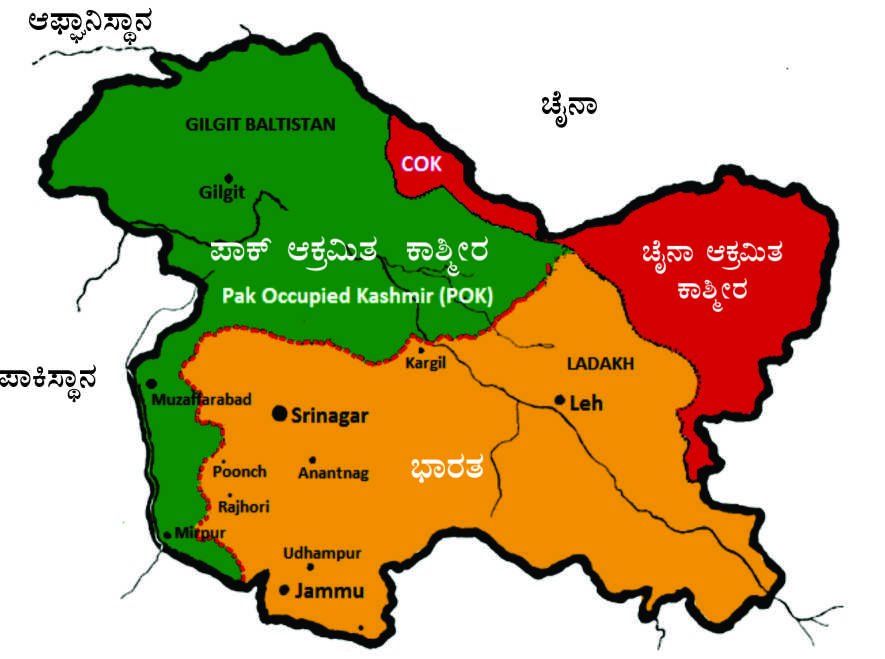