Of  late, Kerala has been suffering from a new syndrome, the Land Jihad! Known as ‘Gods own Country’, Kerala s always been a victim of cultural and religious invasions.  The state which is already suffering from forcible conversions, love jihad, violence, increased teenage crimes, murders, communal violence, corruption,  is a shelter and training center for terror activities well. LAND JIHAD is the latest addition to the long and seemingly endless list.

Land Jihad is a kind of systematic attempt by Muslim Land Mafia, to own a land at any price through a purely legal procedure. The land meant for sale will be purchased by Muslim land owners at the market price or a price even higher than that. As a result across Kerala, in the last 10 years, a large portion of lands now has Muslim ownership. Nobody can go to court as nothing is illegal and nothing is hidden.

“This phenomenon was expected as Muslims in Kerala want to widen their base when the Hindu population is declining to a minority,” say intellectuals.

Kerala’s principal religions are Hinduism (56.2%), Islam (24.7%), and Christianity (19.0%). In comparison with the rest of India, Kerala experiences relatively little sectarianism.

The phenomenon of Land Jihad began from Muslim dominant Malappuram district. It has then progressively migrated across Kerala. Kasaragod is the most affected part where largest agricultural lands of areca palms, rice paddy were long ago sold to Muslims by Hindus, with Muslim land dealers offering a huge price than the market value. They purchase land in terms of acres paying crores. “To purchase such fertile land a huge amount of money is flown from Gulf countries,” according to experts.

The state has an area of 38,863 km2 (15,005 sq mi) and is bordered by Karnataka to the north and northeast, Tamil Nadu to the east and south, and the Arabian Sea on the west. Thiruvananthapuram is the state capital. Kochi and Kozhikode are other major cities. According to a survey by The Economic Times, five out of ten best cities to live in India are located in Kerala.  Kerala is a popular destination for itsbackwaters, beaches, Ayurvedic tourism and tropical greenery

3 thoughts on “Land Jihad: The new threat in Kerala when Hindus sliding to a Minority”

Tue May 29 , 2012
writes Kiran Kumar S from Bengaluru. It was one of those lazy Tuesdays. But all of a sudden in a matter of just 2 hours, the veteran journalist Francois Gautier started igniting sparks on the social network. For those who don’t know much about Francois, he is a Paris born […] 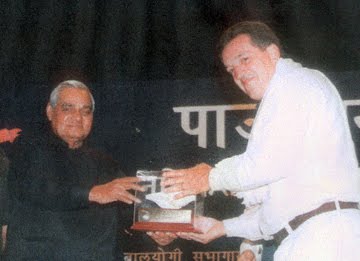