Any riot, be it inspired by religious, caste or any other frenzy, leaves huge wounds behind. It causes death, injury, loss and suffering. It divides the society, it polarises people on basis of their birth marks. Every civilised society has to free itself from the menace of such social tensions. Gujarat for a long time had an unfortunate history of such riots, small or big. It was men and events which triggered such conflicts, the last of such major riots being in the year 2002. As a section of the media re-visits the Gujarat riots of 2002 it is equally important to look at Gujarat ten years after the riots. Gujarat has finally had a riot free decade. Hopefully, the unfortunate events of 2002 will never be repeated. Gujarat’s agenda today is no longer a social divide. It is economic development, improvement in the life of every citizen and a desire to compete with the most successful societies in the world. The memories of 2002 are not revived by the Gujaratis. They are revived by elements within the society whose relevance exists in reviving the sad memories of past.

The burning of compartment No.S-6 in the Sabarmati Express on 27th February, 2002 was a barbaric act. It was planned by mischievous elements with the intention of generating communal trouble in the country. It stunned the society. Many were misled into a retaliatory action. The violence was so wide-spread that the security apparatus of the State was out-numbered. The army had to be called in to take positions. A very large number of innocents lost their lives due to this violence. Hundreds were killed even in police firing. Contrast this with the anti-Sikh riots in New Delhi in 1984 where not one person died in police firing. Thousands of charge-sheets have been filed, many have been convicted, some trials are pending. Many important cases have been subjected to judicial monitoring. Their investigations have been cross-checked and improved upon by court appointed Special Investigative Teams (SIT) comprising of independent officials. Prosecutors have been appointed by an independent mechanism as directed by the courts. Judges conducting trials have been nominated by the High Court. There have been more charge-sheets and even convictions than in any other religious or caste riot in India. This should be seen in the context of the 1984 Anti-Sikh riots in Delhi, where charge-sheets and convictions were negligible. Even the PUCL publication giving the details of the Sikh killings was banned. The media response was muted and judicial attitude was passive. The political leadership of Gujarat, particularly the Chief Minister Narender Modi went through a serious test of leadership. Should he have allowed the environment of the State to be dominated by the agenda set by Godhra and the post-Godhra riots? There were many who wanted that agenda to continue. The Chief Minister and the Government overcame various odds to change the agenda. The greater good of the largest number of people was the ultimate object. The State embarked upon an unprecedented growth story, undeterred by hostilities. The State GDP grew by double digit. The State used its’ potential to become India’s manufacturing hub. The port infrastructure was strengthened with the advantage of a large hinterland available to Gujarat. Its’ road network now compares with the developed world. Agriculture which was crippled due to water shortage has multiplied at an impressive double digit growth rate, thanks to the Sardar Sarovar project which the State managed to achieve despite political and judicial obstacles. Electricity being provided 24 hours a day became a great achievement. Red-tapeism was eliminated in economic decision making. This incentivised domestic and international investors to look at Gujarat as the prime investment destination in India. Corruption free government became the brand image of the State and its’ Chief Minister. Today, irrespective of religious or caste affiliations, the Gujaratis are looked upon as entrepreneurs who being free from the shackles of indecisiveness are facilitated by a political leadership to be a part of peace and prosperity.

The world today knows Gujarat for the growth story and for its immense economic potential. The advantages of this growth have trickled down. Enriched revenues of the State have been used for various social and poverty alleviation schemes. The Hindus and Muslims of Gujarat are both a part of this growth story. This has been acknowledged by most studies which have observed that the Muslims minority in Gujarat is economically much better than most other parts of the country.

Gujarat has changed its agenda in the last ten years, much to the dislike of the Congress party leadership and some NGOs which work as its’ front. The changed agenda does not suit their politics. It is therefore necessary for them to keep the riot-torn image of Gujarat alive. Politically they have been on the losing side. Narender Modi cannot be defeated by the Congress Party in the elections. The strategy therefore is to use other methodologies to fight him. The initial strategy was to use a section of the media which rejoiced in anti-Modi stories. Rumours, falsehood and propaganda were convenient instruments. For years we were narrated a horrific story of a lady victim who was pregnant and her stomach was torn apart. The entire story was manufactured and no fact could be proven. The Gujarat Police found no evidence against Modi in the riots case. The courts were petitioned to appoint an SIT. The SIT of Gujarat Police officers found no evidence against him. It was replaced by an SIT comprising former CBI officials. Media reports indicate that there is no evidence against Modi. They found no prosecutable evidence against Modi. A further arrangement was made which went outside the Code of Criminal Procedure. The investigator’s findings would be reviewed by a lawyer – an amicus curiae. Is the process of hounding to continue till facts can be manufactured to suit the politics of some?

The Home Minister of the State, against whom no evidence was available in two prior investigations, was charge-sheeted and arrested by CBI in an encounter case. A bare analysis of the charge-sheet and the accompanying evidence indicates the falsity of the evidence. Voluminous evidence is available of a disgruntled police officer communicating with the Pradesh Congress leadership on how to implicate Modi. The State Congress leadership even sent to him a blue-print of the legal process required to be followed in order to implicate the Chief Minister.

Every encounter is not a fake encounter. India has suffered at the hands of Maoist violence, cross-border terrorism and various other forms of insurgency. Police and security forces have often clashed with these insurgents. In the last one decade the list of State-wise encounters would show that the number of encounters in Gujarat were amongst the least.

Every other State can be trusted to presume that the encounter is genuine or it can appoint its’ own mechanism to investigate the encounters. However, the Judicial yardstick to investigate encounters in Gujarat is different. In an astonishing case where a lady activist of the Laskar was killed along with some others, the Central Government withdrew its affidavit supporting the encounter as genuine and real. The LeT website had owned her up as LeT operative. A court has now appointed an SIT which includes an officer nominated by the NGOs and the Central Government to investigate the case. Motivated investigators will hardly be fair. In all other States the Lokayukta would be appointed on the advice of the Council of Ministers but in the case of Gujarat, the Governor can ignore the recommendation of the Council of Ministers. A Court has found this to be legally acceptable. Several legislations passed by the State Assembly are either waiting assent of the Governor or of the Central government.

The NGOs which are actively campaigning against Gujarat in the past ten years have simultaneously pleaded for those who burnt the Sabarmati Express which started the sordid saga of 2002. The UPA Government chose to appoint a carefully chosen retired judge of the Supreme Court to opine in an inquiry that the fire in the Sabarmati Express started from inside.

The last one decade has been a challenging one for the State of Gujarat. There was a history of social tensions. Gujarat now has had a riot free decade. It has tried to move away from the past. It has embarked upon a road to economic growth. The tragedy of Gujarat is that since Modi’s opponents can’t defeat him politically, they hide behind NGOs and a section of the media. One can only hope the Judiciary keeps out of this political thicket and remains even handed.

The guilty must be punished but the attempt at media trials and manufacturing of evidence must end. Harmony and growth will be the best healers. The future road map of Gujarat will be a battle between those who want Gujarat to be caught in the time frame of 2002 and those who believe that this century promises to be the one of Gujarat’s. Gujarat has now to overcome the challenge of this negative energy.

Fri Mar 9 , 2012
Agra, UP A unique temple titled ‘Rashtra Mandir’ that is dedicated to India’s freedom fighters and social workers has been opened at the Mankameshwar temple complex here on Sunday. The temple was inaugurated by Indian Army chief General VK Singh. The Rashtra Mandir is a temple in the name of people […] 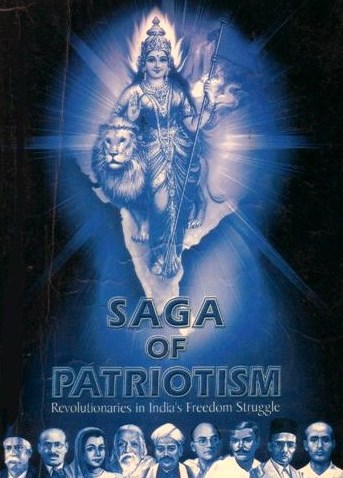