Letter to the Editor, TIME : Enclosed herewith please find a copy of the letter sent to the Editor, Time by Indian American Intellectuals Forum (IAIF) by email and Certified Mail requesting him to declare the 2012 Time 100 Poll  as null and void, and disqualify Anonymous and Erik Martin from number one  and two positions.

If it is not inconvenient to you and you are willing to register your protest, here is the email address and the toll free tel. no. of Customer Service to call:

Sub:   Declare the 2012 Time 100 Poll  as null and void and Disqualify Anonymous and Erik Martin from the Number One and Number Two positions

We are stunned and appalled at the manner in which your website on the 2012 Time 100 Poll was rigged and hacked by Anonymous and Erik Martin under your nose.  Your staff seems to have stood mute.  According to the final results, Anonymous secured 395,793, Erik Martin 264,193 and Narendra Modi 256,792 yes votes.

The manner in which these two groups rigged and manipulated the results to their advantage is a matter of great disgrace not only to the reputation of the Time Magazine but also to the civil society which wanted to exercise its rights in accordance with the rules laid down by your esteemed Magazine.

These two groups have made a mockery of The Time Polls 2012.  They have tarnished your credibility, brought ignominy to your standing, and made your august magazine a laughing stock in the eyes of the world at large and your loyal customers.

People are saying these Polls are unfair and unjustified.  They smack of hoax, scam and deception.

A fraud of colossal magnitude has been perpetrated on the credulous masses who believe in fair play and justice.  We feel badly mauled and cheated.  If this issue is not settled in an equitable manner, we would be compelled to urge 1.3 billion Indians all over the world to boycott Time.

We request you to thoroughly investigate this matter.   We will also appreciate it very much if you will declare the 2012 Time Poll as null and void and disqualify the above two entities from number one and two positions for brazen violation of your contest rules and those of universal fair play.

Another letter; by Pradip Parekh

I have participated and watched with great interest your subject poll.

I voted for my favorite candidate Mr. Narendra Modi, the exemplary Chief Minister of the state of Gujarat, India, who is currently serving his 3rd term in office. As you probably know Mr. Modi was popularly elected CM, with record number of votes in his state. Therefore, his advance position in your subject poll is well expected.

As of yesterday late afternoon when I happened to check, Mr. Modi was at no.1 position, comfortably ahead of all.

Since then, I have noticed that the hacker group Anonymous has been advancing at an unbelievable clip, piling up tens of thousands of votes almost every half hour and has shot up to no.1 position.  Clearly there is some manipulation going on. Same is the case with Mr. Erik Martin at the current no. 2.

Not just that, they have managed to cast amazing number of negative votes for Mr. Modi.  Until yesterday Mr. Modi had negative votes at less than 30pct;  today the negative votes are nearly same as his positive, which clearly says the voting is terribly compromised.

I think if you agree with me as to the above, you should disqualify the current first two upon investigating the fraudulent voting, and declare Mr. modi the winner.

One more letter by Fans of Shri Narendra Modi

To, The Editors, Time Magazine

With deep anguish and disappointment, we write this letter to you to protest the manner in which your online poll for the Time 100 2012has turned into not a vilification campaign against one individual- the Gujarat Chief Minister Narendra Modi.

You recently put out this opinion poll on the Internet seeking votes for who in the view of the netizens should be on the Time 100 list. One of the nominees was Shri Narendra Modi, who you have very recently profiled on your cover page as well. As the days went by, voting assumed a rather brisk pace especially on Narendra Modi. In the last few days, he was rather comfortably placed at the top position miles ahead of Mr. Erik Martin and Mr. Asghar Farhadi.
Curiously, since last evening there has been a surge in the votes received in favour of Anonymous taking it from a fifth or sixth position to being comfortably on the top. The pace and magnitude of brisk voting in favour of Anonymous combined with the scurrilous vilification campaign asking netizens not to vote for Narendra Modi raises some very basic questions and leaves a very sour taste behind.

Thus, we immediately request you to look into the voting pattern, particularly in context of Anonymous and the unethical manner in which they have attained the top spot. We sincerely feel that such initiatives such as public voting are aimed towards adding a dash of colour in our otherwise mundane lives. We are most certain that Narendra Modi does not need such surveys to prove his worth among his people but the fact that such things are occurring unchecked at such a large scale is very alarming.
We hope our suggestions are thoroughly looked into and in the spirit of free speech and Internet freedom, it is the best man or woman who takes the top spot in the Time 100 list.

Yours,
Fans of Shri Narendra Modi 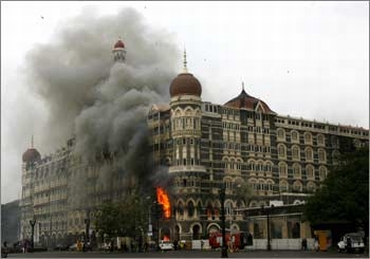