by S Gurumurthy in Organiser

The concept of the ‘basic culture’, a powerful and practical nation-building idea expounded by Guruji, ought to have become the subject of a scintillating and positive intellectual, cultural and political debate in this country. But unfortunately, in his times, it became a subject of abuse and calumny against him instead. Guruji expounded the concept of Hindu culture as the basic culture but not as exclusive culture. He said that basic culture absorbs the elements of other culture, and does not reject input from other cultures.

Answering the question, “May not the development of Hindu culture hinder the evolution of a composite culture?” Guruji said, “It need not. Firstly, a composite culture, if any, cannot grow on weak and deficient constituents. Secondly, the basic culture of the country, while absorbing elements of other cultures, retains its identity and name.” [http://samvada.org/2012/news/remembering-sri-gurujis-thoughts-on-country-and-its-culture-on-his-106th jayanti/]. So the first thing to note is that the concept of basic culture expounded by Guruji was an inclusive concept, like Hinduism, accepting the [non-conflicting] elements of other cultures. Second, Guruji saw basic culture absorbing elements of others as not a physical or chemical mix. He conceptualised that the basic culture absorbs the essence of other cultures by evolutionary process, and yet retains its identity and name. Third, neither did Guruji did concur with the idea of ‘composite culture’, which was a mix of different cultures without any basic identity, nor did he endorse the concept of ‘pure Hindu culture’, which excluded the input from other cultures. [Bunch of Thoughts p79] Fourth, as a sage, Guruji knew that the externals of cultures keep evolving with contemporary conditions and the Hindu sages had explicitly recognised the role and the power of evolution and thus avoided the element of fundamentalism, which created violent conflicts with evolution in Islam and Christianity. So Guruji said that ‘even though cultural fundamentals do not change, the outward expressions do change’ [Ibid:Samvada.org] This one thing is sufficient to mark out Guruji from religious or cultural fundamentalists for whom externals are more critical, as without them too they cannot keep their flock together.

The concept of Hindu ‘basic culture’ was closely linked to the concept of cultural nationalism expounded by him. As a concept, cultural nationalism was unknown to the West then but it has been conceptualised and understood by Western scholars since around 1990 as explained in these columns. Like many of his original concepts were unjustly and unfairly commented and condemned without debate and trivialised when Guruji was alive, the idea of ‘basic culture’ expounded by Guruji too was condemned without any debate whatsoever. And Guruji was treated equally unjustly and unfairly for his exposition. Again, like many of his concepts and ideas condemned in his lifetime but later found acceptable in the social, constitutional and politcal domain in India and outside but decades after him, his concept of ‘core culture’ has also been accepted by the judiciary here and by governments in the West, but again decades after he had expounded them. Even though domestic political expediency and vote-bank politics were the principal drives for the calumny against him, the Indian critics of Guruji founded their dishonest calumny against him and his many ideas mainly on Western secular world view which was rooted in the ‘multicultural’ philosophy. Like in most cases, on his exposition of ‘basic culture’ even though Guruji was battling with Indian leaders, his actual battle was with the Western socio-philosophy closely linked to the world view of the West founded on multiculturalism. The history of multiculturalism in the West and how multiculturalism is dying now will need extensive comment. The demise of multiculturalism in the West and the emergence of ‘core culture’ in the Western discourse— identical to Guruji’s concept of ‘basic culture’—again establishes Guruji as a seer. Guruji had disagreed with both multiculture [equal to composite culture without basic culture in India] and monoculture [exclusivist culture] But now, seeing that the cultural perspectives of the West linked to narrow religious practices [Hinduvta Case p1127] can no more adequately comprehend Hinduism or Hindu culture, the Supreme Court has explicitly discarded the Western notions of religion and culture in its judgement and explicitly accepted the concepts of ‘cultural nationalism’ and implicitly the concept of ‘basic culture’. Guruji always referred to ‘Hinduism’ or ‘Hindu culture’ as an ‘all embracing’ ‘way of life’ of the people of this country and ‘not [a] narrow religion’ [Bunch of Thoughts p72/137/51/78]. In the Hindutva judgement the Supreme Court, decades later, came to acquire the same view, namely, that Hinduism “may broadly be described as a way of life and nothing more”. [Hindutva Case p1127], emphasising that “Ordinarily Hindutva is understood as a way of life or state of mind and it is not to be equated with or understood as religious Hindu fundamentalism” [Hindutva Case p1130] It concluded: “Thus it cannot be doubted, particularly in view of the Constitution bench decisions of this court, that the words ‘Hinduism’ or ‘Hindutva’ are necessarily to be understood and construed narrowly, confined only to the strict Hindu religious practices unrelated to the culture and ethos of the people of India, depicting the way of life of the Indian people. ……… In the abstract these terms indicate a way of life of the Indian people and are not confined merely to describe persons practicing the Hindu religion as a faith.” [Hindutva Case p1131]. Therefore, that the Hindu culture constitutes the way of life of the Indian people—namely that the Hindu culture is the basic culture of India—is now the constitutionally accepted view.

What Guruji had expounded as ‘basic culture’ in the mid-later 20th century in India has emerged as ‘core’ culture in the Western dialogue in the early 21st century. Samuel P Huntington who, with his book The Clash of Civilisations and the Remaking of the World Order, became one of the most influential thinkers in America in mid 1990s, wrote in the year 2004, a landmark book – a treatise titled America’s Great Debate: Who are We? – on the issue of the identity of America. In that book Huntington traces the history of the American identity which he calls as Anglo-Protestant cultural core and shows how, later it became afflicted by the idea of multiculturalism and the growing commitment of American elite to cosmopolitian and transnational identities. [Who are we? Foreword p. xvi] He admits that his book is partly the intellectual work of the scholar Huntington and partly the concerns of the patriot in him [Forword p.xvi/xvii]. Guruji too was a scholar and a patriot. Huntington says that historically Americans had defined their identity in terms of four key components: race, ethnicity, culture [most notably language and religion] and idelogy. Huntington asserts that ‘American Creed’ propounded by Thomas Jefferson and elaborated by others and widely viewed as the crucial defining element of the American identity, was the “product of the distinct Anglo-Protestant culture of the founding settlers of America in the seventeenth and eighteenth centuries.” [Foreword p. xv] He lists the elements of that culture as: the English language; Christianity; religious commitment; rule of law; responsibility of rulers; individual rights; Protestant values of individualism, work ethic, and the belief that humans have the ability and the duty to try to create a heaven of earth. [Ibid p. Xvi] Huntington makes two explicit statements. In the chapter titled ‘Components of American identity’ he says that the Anglo-Protestant culture of the American forbears which survived for more than three hundred years is the paramount defining element of American identity [Who are we? P58]. And in the chapter titled ‘Anglo-Protestant Culture’ and under the subtitle ‘The cultural core’ he says that while America has always had its full share of subcultures, it has also had a mainstream Anglo-Protestant culture, in which most of its people, whatever their subcultures, have shared’. [Ibid p59]

Huntington says that in the twentieth century, however, the mainstream Anglo-Protestant culture was challenged by new wave of non-White immigrants; the doctrine of multiculturalism; group identities of race, ethnicity and gender; and the growing popular elite commitment to cosmopolitan and translational identities. [Introduction p. xvi] Prognosticating how, in response to the challenges, American identity could evolve in future, he says what could emerge is (a) a creedal America, but, lacking its core culture; or (b) a bifurcated America, with two languages and two cultures; or (c) exculsivist White America that exludes and/or subordiantes the rest; or (d) revitalised America that reaffirms its Anglo-Protestant culture, religious commitments, and values; or a combination of these and other possibilities. [Ibid]. Saying that race and ethnicity are ‘no more’ and that ideology, as the Soviet Union has proven, is too weak to hold together diverse people and lamenting that “Cultural America is under siege”, Huntington cites Robert Kaplan who says, “America, more than any other nation, may have been born to die” [Who are we? p12]. This shows that, as Huntington fears, without core cultural identity, a nation – here America – might even perish. Can America then save itself? Huntington says that while all societies face recurring threats to their existence and many succumb, some halt and reverse their decline by renewing their vitality and identity. [Ibid p. xvii] He says that America can do that by Americans committing themselves to the Anglo-Protestant culture, traditions and values that for three and a half centuries have been embraced by Americans of all races, ethnicities and religions. [Ibid]

Is Huntington’s exposition of ‘core culture’ not a total endorsement of Guruji’s concept of ‘basic culture’? How America and generally the West which had held out multiculturalism as a virtue are deserting the multiculturalism and are re-discovering their ‘core culture’ is an interesting intellectual fare which once again proves how farsighted was Guruji. 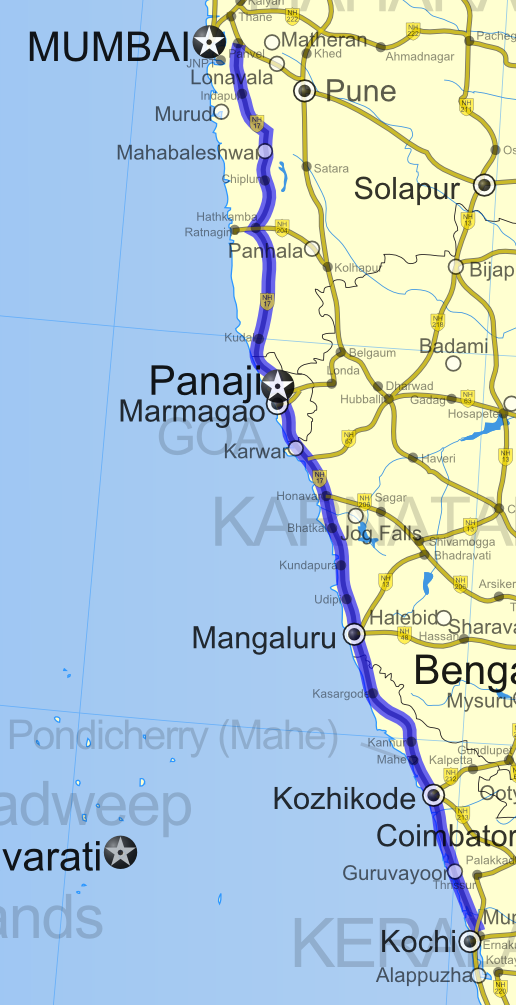