Yes, we will tell you what exactly happened. But before that, whatever happened in Mumbai was nothing but the latest episode of shameless “secularism” practiced in India. Majority of those who gathered there thanks to “peaceful” Sufi organization, Raza Academy, had no clue what happened in Myanmar or Asom. We bet 95% wouldn’t have a clue where Kokrajhar district is in Asom.

It was a display of pure rage, fanned by mullahs and speakers on stage, who might have used photo-shopped “atrocities” against Muslims. This whole cycle of manufacturing “outrage”, destroying Indian property, playing victim, manufacturing a “revenge” outrage just continues.. keeps on continuing, unfortunately.

Let us give some sequence of what happened:

1) What happened over the years, and what specifically happened in Asom 2012 is already well documented in my previous column: Bangladeshi Infiltration and 2012 Asom Riots – The dirty politics of importing “secular” voters.

2) Before Mumbai, there was a systematic ‘outrage’ manufactured for days. Asaduddin Owaisi, a partner of India’s ruling Congress party, even went to the extent of threatening “radicalization” of youth right in the parliament last week. (Read:http://www.outlookindia.com/article.aspx?281958) Phone calls were traced from Asom’s political elements to Kerala’s Muslim organization to fan out trouble.

3) Maharashtra was the focus. If you create trouble in Mumbai, then the whole country watches you.

They started with Pune as warmup. Went door to door searching for North East students to be beaten up.

4) Then the D-day came. Parliament “warning” was delivered. Warm up was done. Enough photo shopped “outrage” was manufactured. The outrage manufactures did not even tell the mob being assembled that Myanmar’s riots were due to Muslims raping a Buddhist girl!

Then Mumbai bore the brunt of “secular” outrage. Well planned with hammers, inflammable liquids, hockey sticks, rods, cricket stumps and much more, in a “peaceful” demonstration at Azad Maidan.

Sufi Muslim organization sponsored faces of “peace: Some were rowdy sheeters. Some even went on molesting female cops, not to mention 150+ rounds of bullets are still missing at the time of writing this.

And if you have a dozen minutes to learn everything that happened, thanks to the ghettoized votebank politics of India, watch this. You will learn about the preparation with Allahu-Akbar chants when trains carry the rioters, ‘rage’ at target places and the end result of deaths/destruction.
Uncensored full coverage which most media houses would not bring to you. The most surprising part is that you might not be able to spot even one Indian national flag, when over 50000 “Indian” protestors assembled, in the financial capital of India!

Is this where “secularism” has brought India to? Mindless violence in broad day light, without understanding the basics what happened elsewhere, and most importantly destroying local public property?

Tue Aug 14 , 2012
Kampa Borgoyari, Deputy Chief of the Bodoland Territorial Council, Kokrajhar said to me, while we discussed the eruption of violence here in local circuit house that its difficult for any one coming from Delhi to understand the pains and the agony of an Indian who has been looted and uprooted from […] 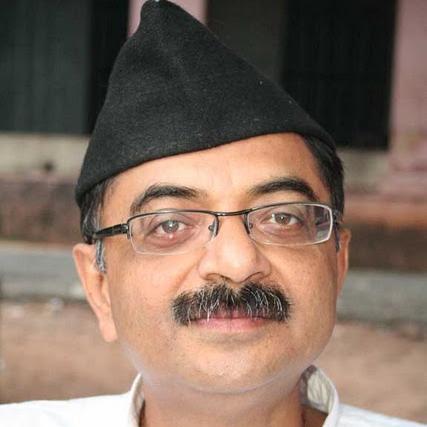