of the UPA. Ahead of Pakistani Interior Minister Rehman Malik’s visit the Indian leadership has gone on an overdrive in setting agendas for resolution. Sir Creek is one of them. Modi wrote to the Prime Minister urging him not to enter into any agreement that involved giving away Indian territory to Pakistan, without consulting Gujarat. Sir Creek is 96 km of waterbody in the Rann of Kutch.

Modi cannot be faulted for cautioning the Prime Minister. For, ever since Manmohan Singh became the Prime Minister, India has been more than generous and accommodating with rogue intransigence and meddling of Pakistan, unilaterally. The major evidence of this came during Manmohan Singh’s speech at Sharm el-Sheikh in 2009 where he declared Pakistan a victim of terrorism.

The whole world knows that Pakistan is exporting terrorism to both India and Afghanistan. The multiple airstrikes within Pakistani territory by the US is proof of this. India has opened up trade with Pakistan, relaxed several travel rules and has taken a conciliatory approach internationally. None of these have been reciprocated by Pakistan. So much so that Imran Khan, who is celebrated in India, especially the media, called for the hanging of Sarabjit, fighting a death row in Pakistan, as a retaliation for the hanging of Kasab. As though the two cases were linked or comparable. Pakistan did not even show the decency to receive the body of Kasab, who has been proven beyond doubt to be its citizen. We are witnessing the mute response of the government to the pleas of the father of Kargil war hero Saurabh Kalia who is demanding an apology from the Pakistani authorities for the violations the Pakistani army did to a brave soldier of India. For years now Pakistan has denied the existence of Indian PoWs, though almost every Indian returning from Pakistan vouches for several people incarcerated for decades now.

In the background of all these, it is very difficult for an ordinary Indian to trust the leadership. And hence, Modi as a concerned citizen cautioned the Prime Minister against any agreement with Pakistan on Sir Creek, other than what already exists.

The Prime Minister’s Office reacted as though this is the first time any chief minister has written to the Prime Minister on a national issue. Only recently Tamil Nadu Chief Minister J Jayalalitha sought the intervention of the Central government on taking back Kutchatheevu, an island conceded to Sri Lanka by India in an agreement. The Sri Lankan forces are increasingly on the aggressive in the region and are troubling the Indian fishermen going in the vicinity of the island. She had yet again written demanding the cessation of training being given to Lankan soldiers in India. She had even protested the personal visit of Sri Lankan President Rajpakse to Buddhist sacred centres here. The PMO did not react like this then. Why is it over sensitive on Pakistan?

In West Bengal, the Chief Minister Mamata Banerjee dropped out of the Prime Minister’s entourage to Bangladesh to avoid signing a treaty on the sharing of the Teesta waters. It is a major contentious issue between the two nations and Ms Banerjee disagreed with the Indian government’s stand and the moves to resolve it. The PMO then did not ascribe motives to her or accuse her of political one-upmanship.

The Congress party and the government are questioning the timing of the Modi letter or the release of it to the public. The issue of India-Pakistan discussion is not an election issue in Gujarat. The most obvious reason why the letter was made public was to place on record the Chief Minister’s reservations on the matter on the eve of the Pakistani minister’s visit during which Sir Creek is going to be discussed. Modi did not want to be caught unawares and forced to accept any compromise as fait accompli. In fact, he saved the day for the UPA government by raising this issue now. The PMO in its reply had said that the issue of Sir Creek has been discussed by successive governments, including that of Atal Behari Vajpayee. True. But no one ever felt this fear of India’s position being compromised as one fears now. And for this, the Prime Minister, his cabinet colleagues and the Congress party’s megaphones of Pakistan are responsible. People like Mani Shankar Aiyer, to name just one, always speak in favour of Pakistan, inside and outside the country. Persons who had enjoyed the hospitality of ISI recruit Ghulam Nabi Fay enjoy immense clout in this government.

India, which has been for years now accusing Pakistan of sponsoring terrorism in India and collecting evidence and dossiers to prove this charge, suddenly makes a U-turn and declares Pakistan the perpetrator into a victim. What are Indians supposed to read from this? Exactly what Modi did. That, the UPA government is cozying up to Pakistan and in this newfound enthusiasm may even give up territories to please the neighbour. Modi’s letter should be read in that spirit, as a timely warning that would save many a blushes later. 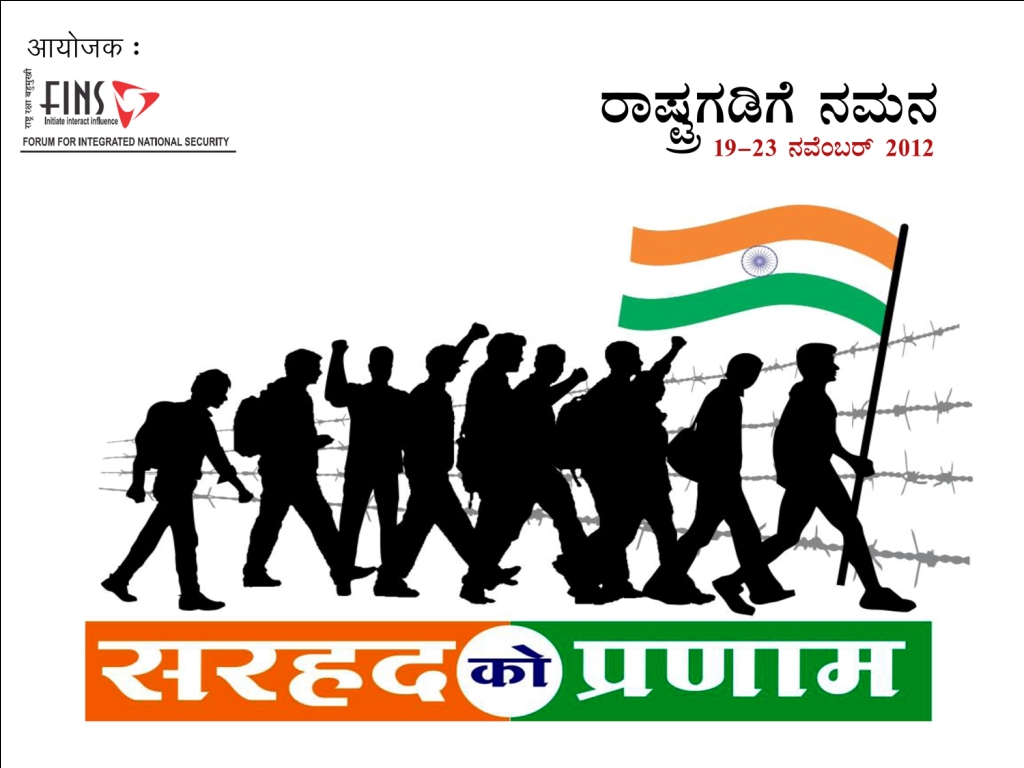