A 1,300-year old Siva temple, celebrated in the verses of Saivite saint Tirugnana Sambandar and boasting of inscriptions belonging to the Chola kings, is facing demolition by the National Highways Authority of India (NHAI). The Tirupuravar Panankateesvarar temple is situated in Panaiyapuram village, two km from Vikkiravandi in Villupuram district of Tamil Nadu. The Pennaiyar flows near Panaiyapuram. The temple is also called Paravaipuram.

The NHAI, which is widening the Vikkiravandi –Thanjavur National Highway 45C, over a distance of about 160 km, has painted big arrow marks in white on the compound wall of the temple and inside its premises, where the widened road will cut through.

The NHAI has placed stones outside the temple to signify the portions that will be lost to the highway’s widening. If this plan goes through, the temple’s sanctum sanctorum for Panankateesvarar, the adjacent shrine for the goddess Satyambikai and much of the temple premises including other shrines, will be demolished. This has shocked and angered about 4,000 Panaiyapuram villagers and residents of Pappanapattu, Mundiyambakkam, Kappiyampuliyur and Thuravi villages. They met the Villupuram District Collector, V. Sampath, and submitted a petitionto him.

R.P. Pugazhendhi, former president of the Panaiyapuram panchayat, said: “We are spending sleepless nights. Almost the entire temple including the sanctum, the shrines for goddess Satyambikai, Ganesa and Muruga will be demolished. Only the flag-post and the shrine for Saneesvarar will remain. There is enough land on the west of the temple for the broadened highway to go through or a new alignment can be given from the National Highway 45. We will not allow even a single stone from the temple to be removed.”

R. Nagaswamy, former Director, Tamil Nadu Archaeology Department, said that the 1,300-year old temple was visited by the Tamil Savite saint Tirugnana Sambandar, who lived in the seventh century CE, and had sung verses celebrating the deity, a Sivalinga. The Sivalinga is called Panankateesvarar because the area abounds with palmyra trees.

The temple has a number of inscriptions belonging to Rajendra Chola I (regnal years 1012 CE to 1043 CE), his son, Rajendra Chola II, Adhi Rajendra, Kulotunga I, Jatavarman Sundara Pandya I and Vikrama Pandya among others.

Rajendra Chola’s inscription called the deity Nethrodharaka Swami (meaning, the main deity will cure eye ailments). The inscription recorded the gift of land and money for worship and making offerings in the temple. It spoke about Rajendra Chola’s conquest of Kadaram. (The present-day Kedda in Malaysia was called Kadaram and it belonged to Sri Vijaya kingdom). It revealed that the Chola emperor rebuilt the main temple between 1025 CE and 1040 CE, pointed out Dr. Nagaswamy.

“Another important aspect of the village is that it is also named Paravaipuram,” he said. Paravai was the consort of Tamil Saivite saint Sundarar, who lived in the eighth century CE. Paravai belonged to a family of dancing girls and she is worshipped even today, along with Sundarar, in Siva temples. Rajendra Chola I also had a personal assistant called Paravai, who was an ‘anukki.’ This Paravai was named after Sundarar’s consort. (Female personal assistants, who were trusted by the kings, were called anukki and anukkan were their male counterparts). Paravai built the Thyagaraja temple at Tiruvarur in Tamil Nadu and covered the vimana with gold, said Dr. Nagaswamy .

To honour her, Rajendra Chola I made her sit next to him in his royal chariot and drove her in a procession on the four main streets around the Thyagaraja temple. The Chola emperor made two bronze images resembling her and placed them before the deity in the Tiruvarur temple’s sanctum and worshipped them. “This is recorded in a long inscription in the Tiruvarur temple,” said Dr. Nagaswamy, a scholar in epigraphy. Rajendra Chola I re-built the Panaiyapuram temple in Paravai’s honour, when she was alive and the town around the temple was named after her.

The temple has two inscriptions of Rajendra Chola II (regnal years 1052 to 1064 CE), both datable to 1058 CE. One of the inscriptions mentions his gift of paddy to “Paravai Easwaramudaiyar Mahadeva in the town of Paravaipuram in Panaiyur Nadu”, falling under the larger division called “Rajendra Chola Valanadu.”

The temple has an inscription of Adhi Rajendra, who ruled from 1068 to 1071 CE. This inscription, dated 1070 CE, records the gift of tax-free land to the temple by a merchants’ guild of Paravaipuram to feed the pilgrims. There is a record of Kulotunga Chola I (regnal years 1070-1122 CE) on the gift of gold coins by a chieftain named Ponnambala Kizhan of Arumbakkam, near present-day Chennai, for lighting a perpetual lamp.

“An interesting point about the Panaiyapuram temple”, said Dr. Nagaswamy, “is that on the first day of the Tamil month of Chithirai every year, the sun rays fall on the Sivalinga enshrined in the sanctum and the idol of Satyambikai. The temple’s orientation is so perfect that this happens and special pujas are offered.”

S. Ganesa Gurukkal, the temple priest, was emphatic that the villagers would take all steps needed to save the temple. “We went to Chennai and gave a petition to the NHAI officials,” he said.

When contacted, an NHAI official said, “We are trying to save the temple. We are trying to look at other options. The NHAI headquarters has been informed about the villagers’ objections.”

Wed Apr 25 , 2012
by Dr Suryanath Kamath, Historian, Bangalore India has over 14,000 monuments that need to be conserved for their aesthetic or historic value. In fact, there are many more buildings and places of significance that need to be saved. We cannot expect the government to do this alone. The Archaeological department […] 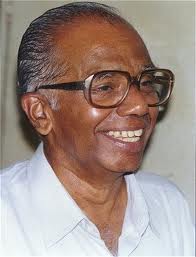