Last week in Brussels I bumped into a junior level official at the European Commission. Brussels has one of the best public transport systems – underground and overground metro, tram and bus – and our chance meeting happened in one of the overground metros. It was in that meeting that I came to know about the anxiety of several European Union countries to make sure that the arrangement doesn’t collapse due to impending pulls and pressures from within as well as without. In fact the official equated collapse of EU to relapse of jingoistic nationalism of the Nazi variety, although it sounded a bit far fetched to me.

But the strains are evident. Not all is well with the EU. There is resentment brewing in different countries in the South like Greece, Italy and Spain. Left Liberal parties are gaining in many of these Member-Countries. Recessionary trends are not showing any signs of change. Euro is struggling to remain afloat. And most importantly the cold war between the big and mighty like Germany, France and UK is continuing to haunt the progress of the Union. After several decades of its existence the European Union is certainly facing biggest challenge ever to its very raison d’être.

It is at this juncture that the Norway-based Nobel Awards Committee has decided to give this year’s Nobel Peace Prize to the European Union. Mr. Srinivasan, former Foreign Secretary of India, has written an excellent article on this decision of the Nobel Committee in the Times of India dated 17 October 2012.
Not many people knew that Norway is one important country that refuses to join the European Union. In the referenda held twice the people of that country categorically voted against being a part of the EU. Norway is an important country because it is the richest economy in the entire Europe, and its joining the EU would certainly have helped the struggling EU economy due to severe recession.
Nobel prizes are given away by the committee headquartered in Oslo, the capital city of Norway. On one hand Norway refuses to join the EU and rescue it from collapse, while on the other hand it decided to award this year’s Nobel Peace Prize to that very same crumbling edifice. That is why many in Europe are describing it as a crude joke, black humour etc.
Nobel awards have lost their reputation long ago. Especially the Peace Award increasingly came to be seen by the world as a politically motivated one. Of course there were honourable exceptions in recent years like HH the Dalai Lama, Nelson Mandela etc. But there were less than honourable cases like that of Barack Obama who was awarded a Nobel Peace prize within just a few months of ascension to the Oval Office. Of course no Indian, not even the greatest champion of peace Mahatma Gandhi, has ever been considered for the Peace Prize.
This time also there is no convincing reason for the Peace Award to go to the European Union. Within the EU member countries also this announcement was received with cynicism, sarcasm and scoffing by several groups. In the last one decade or so the EU has not covered itself in any particular glory. It has not played any meaningful role in securing world peace. Several of its member states like the UK, France etc were active partners in George Bush era wars in the Arab world. Several of the EU nations were involved in lending direct or indirect support to Orange Revolution in some countries of the Arab region that had culminated in bringing into power illiberal Islamists in many of those countries.
Within the EU also things are not so much in order for it to deserve any such Award. Cold War between Germany and France and UK continues to dominate EU politics. Uneasy truce is of course an achievement between Germany and France. Euro is in deep distress. Countries in the south are bankrupt while those in the north are in no mood to come to their rescue. As a result nationalism and anti-EU sentiment is on the rise in some of these countries like Spain, Greece etc. There were even demonstrations against the German Chancellor Merkel when she visited Greece recently.
Recovery of Euro seems to remain a distant dream. European Union is becoming increasingly irrelevant to global politics and seen by many countries in the rest of the world as only an appendage of the US. In spite of its existence for long years, countries in the rest of the world find it convenient to deal with individual countries rather than the EU as an entity.
In fact EU as an entity doesn’t really inspire confidence as a democratic body. It’s two wings the European Parliament and the European Commission act independent of each other with the former practically having no meaningful powers. The European Parliament is duly elected by the people of different member countries. But it has no powers to prevent the European Commission, the ruling establishment, from pursuing, making or unmaking various policies.
In such a scenario for the Nobel Committee to decide to give the coveted Peace Prize to the EU can at best be described as a morale booster only. But the fact remains that the EU is in dire need of such boosters. It is no denying a fact that several of the smaller member countries have benefitted from the EU arrangement as it has given them access to free markets and movements. Pre-Second World War Europe experience of German and Italian Nationalist movements is still a chilling memory for many in Europe.
For them, especially the countries that have been the beneficiaries of the EU arrangement, its continuance is critical. There are some other countries like Turkey, which are perpetually waiting to enter and some new ones like Serbia whose entry doesn’t make much difference.
In any case can this morale booster injection of Nobel offered by Norway help rescue the European Union from going the USSR way needs to be watched. 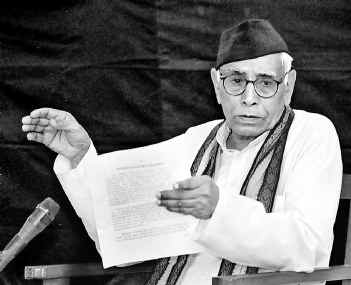