Began on August 9, 2012 from Kanyakumari of Tamilnadu, RSS Pracharak Sitaram Kedilaya lead Bharat Parikrama Yatra has been aimed at the upliftment of rural life in the villages of India. The Yatra

which was launched in Kanyakumari on August 9, has now covered an approximate distance of 1100km.

Today morning, the border village Devbagh received Bharat Parikrama Yatra which arrived from the neighbour village Binaga where Kedilaya stayed last night. After an early routine of Gou-Pooja, Kedilaya started his journey towards Devbhag which was accompanied by veteran RSS functionaries. 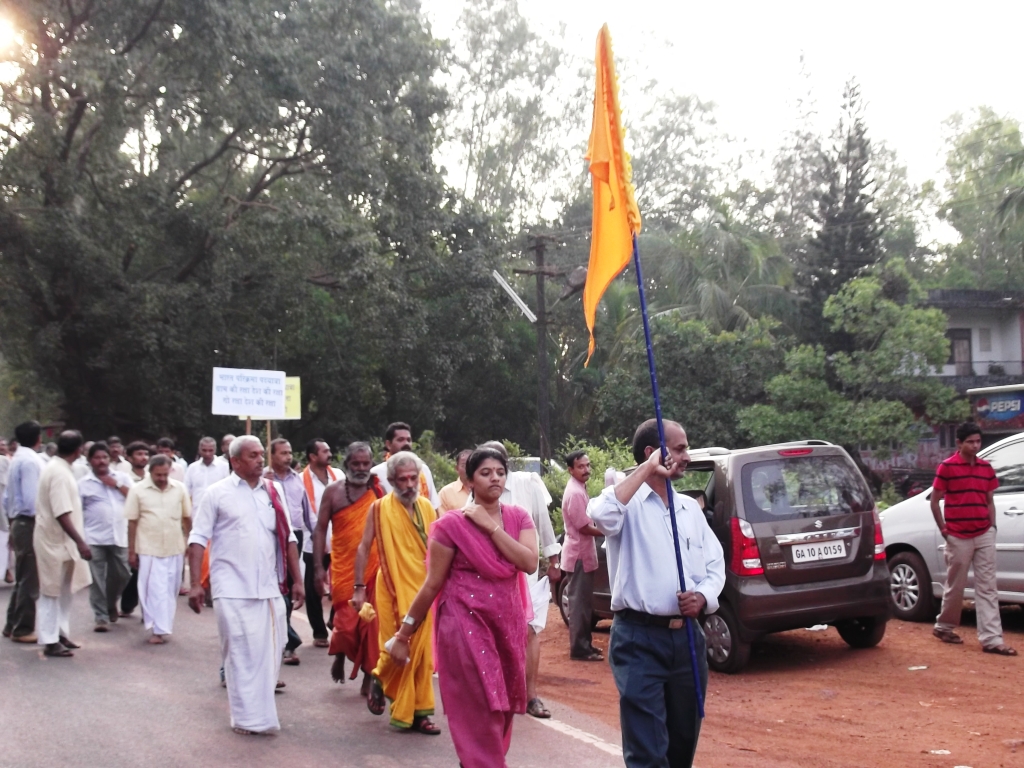