Excerpts from a book – “Jammu and Kashmir : Facts, Problems & Solutions”, from Jammu and Kashmir Study Centre. Full credit to the authors and publishers. Uploading excerpts of 5 pages, after writing to them, for wider public knowledge about the important diplomacy aspect.

In 2005-2006 the Manmohan Government initiated secret talks with Pakistan under international pressure. Disclosing this fact recently Parvez Musharaff of Pakistan stated in London that they had reached an agreement under Track-II Diplomacy. Even there was an eye on Muslim vote bank. Parvez Kiyani-Musharraf duo and Manmohan Singh had reached on a decisive agreement. The basis for mutual consent was:

While implementing this agreement, certain decisions were taken by both the countries:

(1) Pakistan has merged northern areas (Gilgit-Baltistan) with it and declared it as its province. Elected State Assembly came into existence there and Pakistan appointed its Governor there. The total area of this Pakistan occupied Kashmir of Northern areas is 65,000 sq. kms. India made only symbolic protest in isolating Pakistan by raising these issues at international fora.

(2) India had announced reduction of 30 thousand in its armed forces and 10 thousand in Para-military forces from the State.

(3) Five routes were opened for movement in both the regions and the visa system for the citizens of the state had been freezed for Cross LoC movement and simple permit system is being applied.

(4) Tax-free trade was allowed in both the regions.

For the first time in 60 years history of J&K, efforts were made to find out a permanent solution of the problem by taking into confidence all the political parties and social organisations of the state and five working groups were announced to discuss various subjects.

All the three areas had adequate representation in these working groups. Each group consisted of representation from BJP, Panthers Party, Jammu State Morcha, refugee and civil society.

When four working groups presented their report in the Third Round Table Conference held in Delhi on April 24, 2007, then all the leaders of Jammu, Ladakh and refugee leaders present there were shocked to learn that no recommendation had been made in regard to the suggestions made and issues raised by them. All the leaders from Kashmir, who were present there, immediately supported the recommendations and demanded their implementation because it was according to their wishes and expectations.

It became very clear from the reports of the working groups that all this drama was enacted to legalise the agreements already reached with the separatists, terror groups and their masters.

At the end of the meeting, the then Union Home Minister Shirvraj Patil presented the statement prepared in advance for signature in which all the representatives present there urged the Central Government to implement the reports of these groups.

BJP, Panthers, BSP, Ladakh UT Front, Punun Kashmir and many social leaders had made it very clear that all these announcements have been made to appease those who are bent upon disintegrate and destroy the Indian nation. It is an act which is anti-India, to weaken the patriots of Jammu and Ladakh, anti-PoK/West Pakistan refugees and hurts the feelings and expectations of patriotic society of Kashmir. Later on, when the fifth group under the chairmanship of Sageer Ahmed suddenly submitted its report in November 2009, it was confirmed that the decision to restructure the Central-State relations had already been taken. Concerned members were not taken into confidence before presentation of the final report. The main recommendations of these five groups were as under:

Suggestions by the working group headed by M. Hamid Ansari

(1) They suggested that several measures for restoring confidence among the people of different communities under the guidance of M. Hamid Ansari (at present Vice-President) be taken and law and order situation be handled with general laws. Disturbed Area Special Powers Act and AFSPA may be scrapped.

(2) Full guarantee be given for the rehabilitation of former terrorists to lead a respectful life if they surrender.

(4) Similar package be implemented in the case of terrorists killed as has been done in respect of terrorism-affected people.

(6) Permanent rehabilitation of the terrorists residing in Pakistan and Pakistan occupied Kashmir on their return and announce clemency for them.

(7) Besides, implementation of SRO-43 for Kashmir Pandits and their permanent rehabilitation.

Suggestions made by M.K. Rasgotra Committee

(1) Formation of Joint Consultants Group and machinery. Right to give suggestions after collective deliberations by the Joint Control Group consisting of 10 MLAs each from Jammu and Kashmir regions in regard to trade, tourism, culture, management of natural calamity, environment, horticulture etc .

(2) Opening of seven new routes of movement in addition to the 5 existing routes.

(4) Removal of all the landmines from the borders.

Government should consider the proposal of autonomy of National Conference. Self-rule proposal of PDP can also be discussed. The issue of Article 370 (to keep it permanently or abolish it) should be decided finally, but the right to take a decision in this regard rests with the people of J&K. A recommendation was also made about abolition of Article 356, elected Governor for State and constitutional guarantee for providing more rights on the basis of mutual talks.

In fact, if the recommendations of both the Hamid Ansari and Rasgotra Committees are implemented the  three-point formula of demilitarisation, irrelevant borders and joint control  which are features of Musharraf-Manmohan agreement will come into existence and by accepting the suggestion of Sageer Ahmed group the proposal of equitable autonomy will become automatically implemented.

The tenure of Musharraf in Pakistan came to an end before complete implementation of this Track-II Diplomacy and the situation in J&K suddenly changed due to Amarnath agitation and Union Government had to withdraw its feet.

Even after change of power in Pakistan, the steps were taken to implement this Track-II Diplomacy because the present Army Chief Parvez Kiyani was also present in all the talks. During the UPA II regime a decision was arrived to take further steps in this regards. America also supported Pakistan to get Pakistani assistance in Afghanistan matter and provided Pakistan military and economic assistance in return thereof. America also put pressure on India to solve Kashmir problem as per the desire of Pakistan.

Fact is that if the suggestions of both the above-mentioned committees are accepted even partially, it will be, to a great extent, the implementation of the Mushfraff-Manmohan Singh agreement. The Central government is aware that if these decisions are presented as the agreement with Pakistan, the country would never accept it. If these things are presented in the form of expert suggestions, it will be easy to get them implemented.

We need to look and analyse the recommendations of the Committee headed by Hamid Ansari, SK Rasgtra and Sageer Ahmed in totality. These recommendations include the repealing of the Special Powers Act and Security Forces Special Powers Act from the riot-affected areas, clemency and rehabilitation of the terrorists coming from PoK, joint controlling group of the MLAs of both sides along the LoC, facilities of mutual telecommunication and open travelling to across the border. If all these suggestions or recommendations are accepted it will be more dangerous than the present demands of the separatists. After accepting these suggestions the dream of achieving aazadi for Kashmir remains just one step away.

It is basically the diplomatic outcome of the statement of the late Prime Minister PV Narasimha Rao who had said ‘less than freedom–sky is the limit’. It will fulfill the dreams of not only the separatists but also of many foreign forces. There is no hope for lakhs of refugees who migrated from Kashmir in this formula. What impact will these decisions have on the social, economical and political situations of Jammu and Ladakh is still to be accounted. The people of Jammu and Ladakh feel shivering just by imaging these about it. 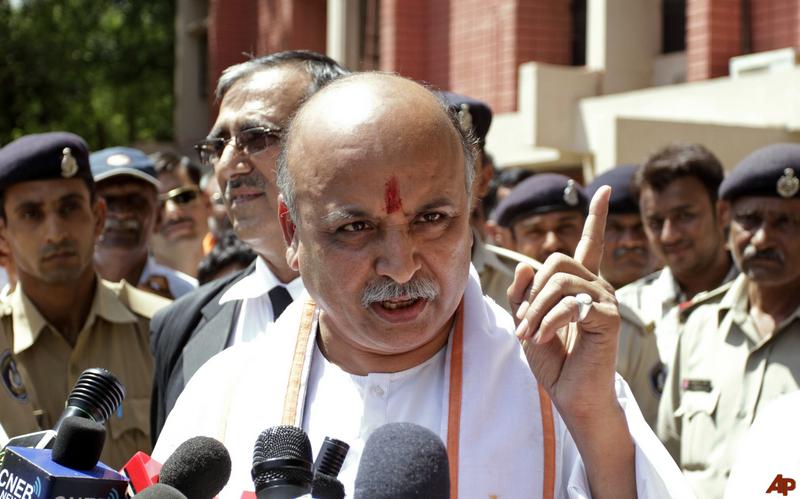