Ashwini Gabhane ties rakhi to her brother and the then RSS Sarasanghachalak K S Sudarshanji in Nagpur on Tuesday, August 28, 2007 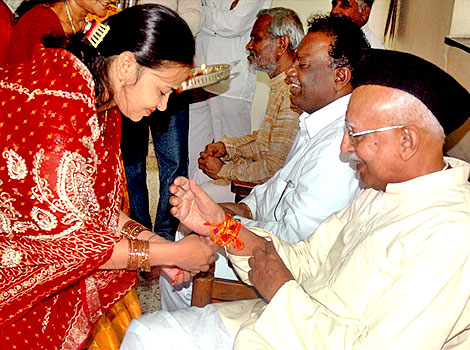