Bangalore August 24: RSS Ideologue Ram Madhav, who recently joined Twitter, expressing his personal opinions, has said “Many twitter blockings were without any rhyme or reason. So brazen that no law was cited either. Will be challenged in courts.”

Ram Madhav expressed his suport for patriotic tweeples. Yesterday well known writer Kanchan Gupta’s twitter account was blocked, Ram Madhav quick to react to him, said “@KanchanGupta They have now brazenly declared blocking your account. You are a victim of secular balancing act of perverse politics”.

Govt of India, in the name of ‘controlling’ social media accounts on the background of ‘managing’ North East Crisis, has blocked several Facebook-Twiter account-Web Pages of Patriotic citizens. Tweeples yesterday called it as a ‘Emergency on Twitter’ by Goverment of India. Several Tweeples shown their unhappiness on the Govt action, expressed their protest by a balck Display Picture (DP).

Government already regulated bulk SMS, now stepped to control Social Media. Without prior notice, valid justifications, the accounts were blocked. Hence there flows a mass outrage against this action by the Government of India. 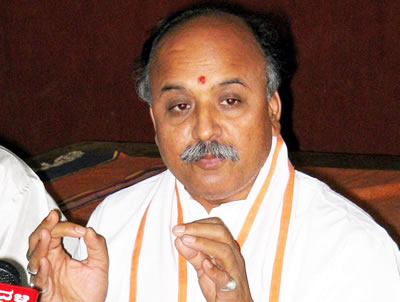