RSS leader Ram Madhav,  Addressing the dharna said ” the report is against the spirit of non-negotiable integration of Jammu and Kashmir with India in 1947. “Mirpur, Muzaffrabad and Gilgit is ours. This report has included only sentiments of leaders of Kashmir Valley. Any report should have the sentiments in it, but it should not be against the Constitution,” Madhav said.

He alleged the interlocutors report is an attempt to include the voices of those who do not have respect for the Constitution. They have failed to put versions of the refugees, the Kashmiri Pandits, who have been forcefully evicted from their land, he said.

Ramesh Raina, General Secretary of All India Kashmir Samaj, said Kashmiri Pandits are indigenous to the state. “But the report does not say how the sufferings and victimisation of Pandits can be stopped,” he said. He said, “Central to the problem of Jammu and Kashmir is the issue of Kashmiri Pandits, their non-recognition and their non-assimilation into the mainstream.” Raina also said that the National Human Rights Commission (NHRC) had in its report said that atrocities against Kashmiri Pandits were akin to genocide.

Terming the interlocutors’ report as one that divides the country, Vishwa Hindu Parishad (VHP) member Surendra Jain said that a whopping Rs 96.5 crore was wasted by the three-member team during their visit to 22 villages. Objecting to the use of word ‘stakeholders’ in the report, Jain said that the word itself is laced with mischief. He said the report states if stakeholders are ready, the problem of Kashmir can be solved by involving Pakistani authorities. The VHP member questioned whether this was not an open invitation to Pakistan to intervene in India’s affairs. The three-member interlocutors’ team consisting of Dileep Padgaonkar, Radha Kumar and M M Ansari was appointed by the Union government on October 13, 2010. The panel submitted its final report to the Home Ministry earlier this year which made it public, on its website, on May 24

Ram Madhav, Sushma Swaraj and other senior functionaries slammed the Interlocutors report on JK. The protest was organised by the Jammu-Kashmir Peoples forum, New Delhi. Newarly 2000 citizens participated in this protest, held at Jantar Mantar, NewDelhi. Tue Jul 17 , 2012
Chengannur Kerala July 17:  In another episode of endless blood battle in Kerala, Vishal, a young ABVP activist murdered at the extreme eastern part of Alappuzha district of Kerala.  According to the souces, “Campus Front”, the Students wing of Jihadi Terrorist organisation unleashed terror in Chengannur Christian College and attacked Vishal yesterday. […] 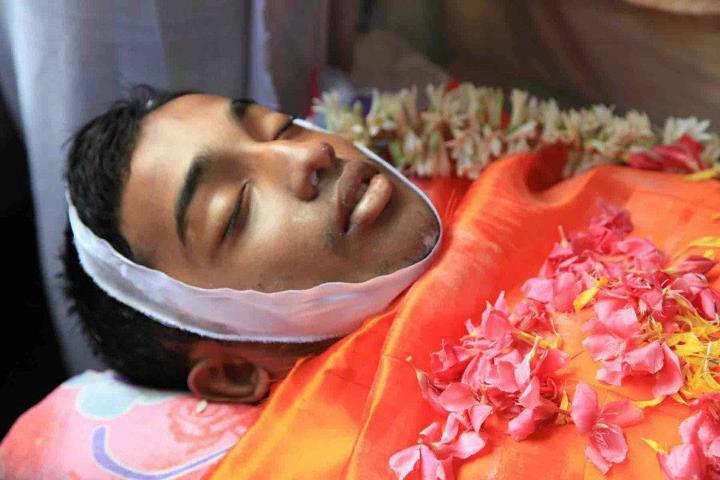