Former Sarasanghachalak of RSS, Sri KS Sudarshan went for a morning walk at 5.00 am. He took the stroll alone from his brother Ramesh’s home at Century Park layout of Nazarabad, Mysore. After a long stroll, he reached a place by name Nayudu Nagar. The place being unfamiliar, he stood confused about the returning path.

However, he continued for almost 8 kilo meters, which obviously made him tired. He went to a nearby home, belonging to a person named Sri. Srinivas. Sudarshanji introduced himself, where he was accorded a cordial and homely welcome. The family made him comfortable, after offering him refreshments. He then took rest for sometime. However, the family was unaware of the search which was going on for Sudarshanji.

Meanwhile Sri Ashok, son of Srinivas, happened to watch a news channel and came to know about what was going on. They immediately informed the police satation. Sudarshanji was thus escorted home. He is now back at his brother’s home, taking rest and is fine.

5.00am- Sudarshanji went for a morning walk, by himself.

5.15am- Personal Assistant Brijkant looks for Sudarshanji at the park, where he took his walk, the previous days. However, he was not there.

5.45am  Searches in nearby and allied roads

7.00am  Local police and RSS functionaries of Mysor informed. Search operations by Police and Swayamsevaks.

8.45am   News appears in electronic and web media

10.00am After walking for 8 kilo meters, Sudarshanji reached Naydu Nagar, visits a home of Srinivas, Sudarshanji introduces himself to Srinivas. 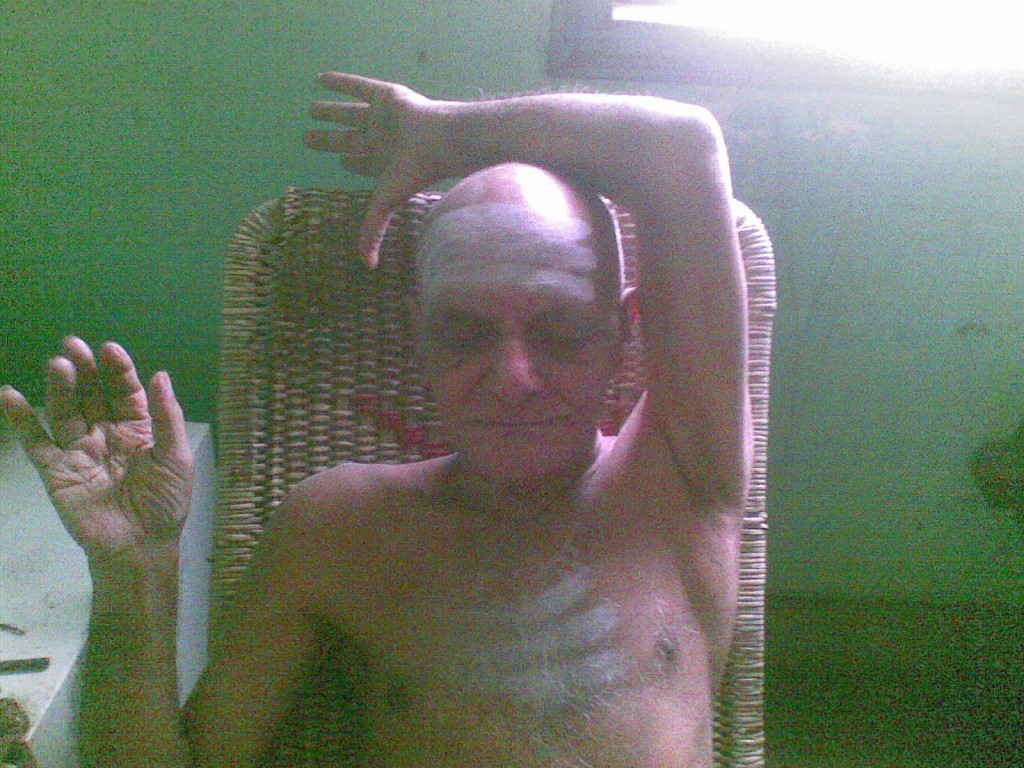