THE ORIGINAL FILE CAN BE DOWNLOADED HERE:

Fri Aug 10 , 2012
PUDUCHERRY: As many as 23 Italian citizens from Vatican received Diksha from Brahmasree Veda Samrat A Raja Sastrigal at a Veda Patasala (religious school) at Karuvadikuppam here on Sunday. The three-hour ceremony was held at the Gomaatha Kovil amidst chanting of mantras and hymns by the Italian devotees. The Italian team […] 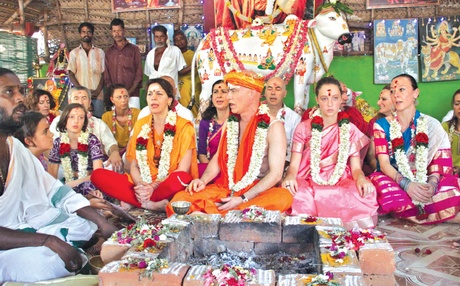