New Delhi May 98: Defamation suits have been blatantly used by politicians as a tool to silence all critical voices against them and deter journalists from reporting against them, said Dr Subramanian Swamy, President of Janta Party at a function to commemorate the Narad Jayanti.

RSS Media Centre, Indraprastha Vishwa Samvad Kendra,  on Monday May 7th, 2012 celebrated the Narad Jayanti by felicitating journalists and honouring their commitment and contribution towards the betterment of the society. The felicitation ceremony was attended by around 125 people.

“A journalist should not be afraid of defamation suits. A politician merely uses it at as a deterrent tool to silence just criticism from investigative reporters.  In fact, all reporters should get a detailed and first-hand knowledge of the law governing defamation suits so that they can understand the scope of this law,” said Dr Swamy. He added that till date around 125 defamation suits were filed against him of which he did not loose any such suit.

Drawing a parallel for journalists with Maharishi Narad, Dr Swamy said Narad ji was the first reporter/journalist of the universe. “Devrishi Narad was a thinker who propagated news throughout the universe. The same is expected from today’s journalists in their dissipation of news and views.”

Indraprastha Vishwa Samvad Kendra,  on Monday May 7th, 2012 celebrated the Narad Jayanti by felicitating journalists and honouring their commitment and contribution towards the betterment of the society. The felicitation ceremony was attended by around 125 people.

Shri Shripal Shaktawat, the Rajasthan Bureau Chief of P7 news channel and Shri Sant Sameer, Chief Copy Editor of monthly Hindi Magazine Kadambini were honoured with Maharishi Narad awards for their positive contribution to society through their reporting and writings.

Dr Swamy was the chief guest and Shri Indresh Kumar Ji Member, Rashtriya Karyakarini of the RSS was the chief orator at the ceremony. Deliberating further on the need and importance of Sanskrit Dr Swamy added that even the US-based space centre NASA in a report said all information in the cyber world needs to be saved in Sanskrit.  “Inclusion of more Sanskrit words in Hindi would help the convergence of Hindi with South Indian languages as these languages have many Sanskrit words in their lingo.”

Shri Indresh ji stressed upon the need to declare Narad Jayanti as World Journalism Day.  “Enlightened individuals and journalists bring awakening in the society.”  Stressing upon the need for independent thoughts and rational analysis Shri Indresh Ji added that it’s not necessary that the words and analysis of those in power are always true and up to the mark. 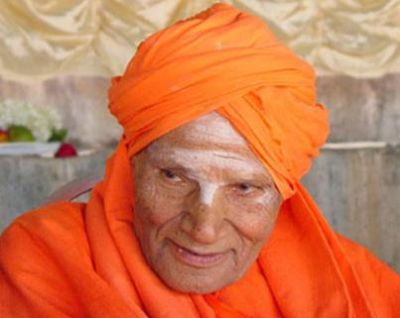