Natural wealth of the nation is sacred heritage of all the living beings.  Hence the Akhil Bharatiya Pratinidhi Sabha is of the considered opinion that our water resources, soil, air, minerals, cattle wealth, biodiversity and other such natural resources should not be treated as means of commercial profit.  Our approach, policy and practices towards utilization and conservation of these resources should be based on the principle of our long sustained reciprocal coexistence of entire living universe, rather than being based on short term motive of private profits.  We constitute 17 percent of the world population and are dependent upon 2.5 percent of the earth’s land mass and 4 percent of fresh water. In view of the above facts, Government’s initiative towards private monopoly and commercial profiteering in water which is one of the sacred elements among the “Panch-Mahabhootas”, is a matter of grave concern.

In the recently circulated draft National Water Policy – 2012 of the Central Government while describing water as the basis of life, has very cleverly incorporated the formulations and models of the World Bank and MNCs.  This clearly manifests the evil designs of the Central Government.  The proposals in the new draft on water policy regarding increase in water and electricity tariffs in the name of rationalizing consumption of water and also making it cost based, will only make water scarce for ordinary people and will pave the way for earning massive profits by the corporate engaged in water trade.  As suggested by the World Bank, attempts at handing over the control of water distribution in the hands of private monopoly in the name of public-private  partnership, indicates  the intentions of  handing over this vital basic necessity of life totally in the control of private ownership and to a large extent foreign  multi-national corporations.  Experiences of private monopoly of water across the world have not been satisfactory with respect to the quantity and quality of water supply, regularity of supplies and tariffs.  By accepting water as a tradable commodity or as an economic good in the water policy, the Government is in fact supporting the logic of those international business consultants who view privatization of water as booming trade opportunity worth billions of dollars in Bharat and other developing countries.

ABPS is of the opinion that water is life line for our entire living world.  Therefore, rational water resource management ensuring availability of pure water to each and every citizen, appropriate water supply to agriculture and different meaningful economic activities at proper rates are administrative imperatives for the Government.   Serious debate and deliberations from village panchayats to top level regarding the National Water Policy, changes in land utilization and other basic issues concerning management of natural wealth, should form the first priority of the Government while formulating the policies.

In such a scenario, the Akhil Bharatiya Pratinidhi Sabha calls upon all the countrymen to desist themselves from misuse, wastage and all those activities which pollute this divine gift of nature.  They should leave no stone unturned in the conservation of water.  The Pratinidhi Sabha also expects from the Government that instead of handing over natural wealth like water in private monopoly, it should adopt all appropriate measures to ensure water conservation, harvesting and proper management. In view of the growing demand, effective steps like reprocessing, desalination and optimum utilization of river water should be taken for easy availability of water. For conservation and augmentation of major sources of water it is necessary to curb pollution in sacred rivers like Ganga and Yamuna.  It is also equally important to take effective steps for revival of the ancient river Saraswati.  The Government should also call upon the society, social organizations and Dharmacharyas to co-operate in this endeavour. With respect to the National Water Policy draft, the Pratinidhi Sabha also cautions the Government that if it accepts the recommendations of the new water policy document in toto and makes the water tariff cost based to ensure private profit out of it, then it would have to face public wrath. 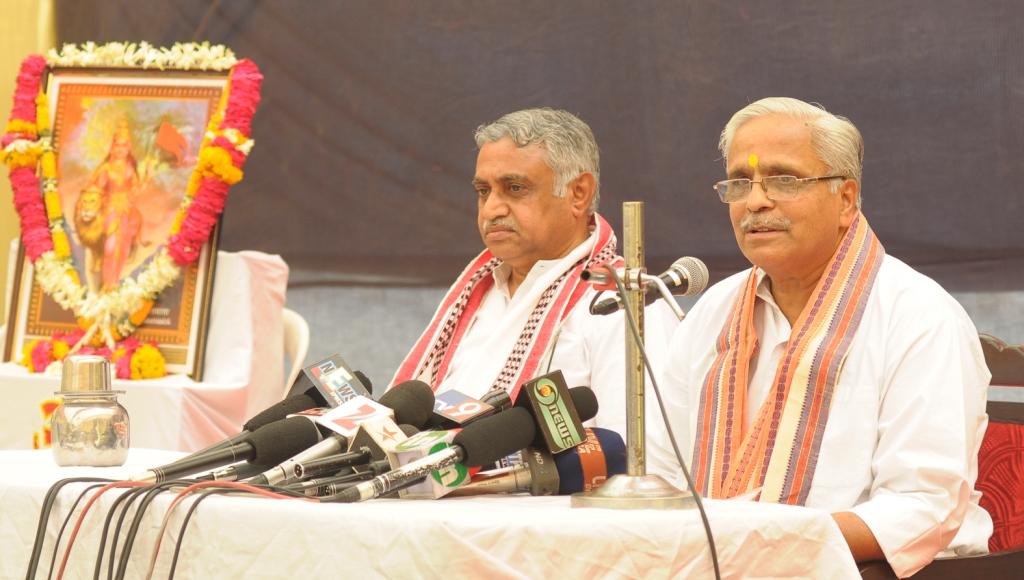