Bangalore August 16:  Nearly 250 swayamsevaks of Rashtriya Swayamsevak Sangh gathered at Railway Station at Majestic, Bangalore offering full security to all North-East Indians. There was a rumour on a probable riot in Karnataka, but RSS, VHP  and State Govt has ruled out this, has assured full support to all North East Indians. 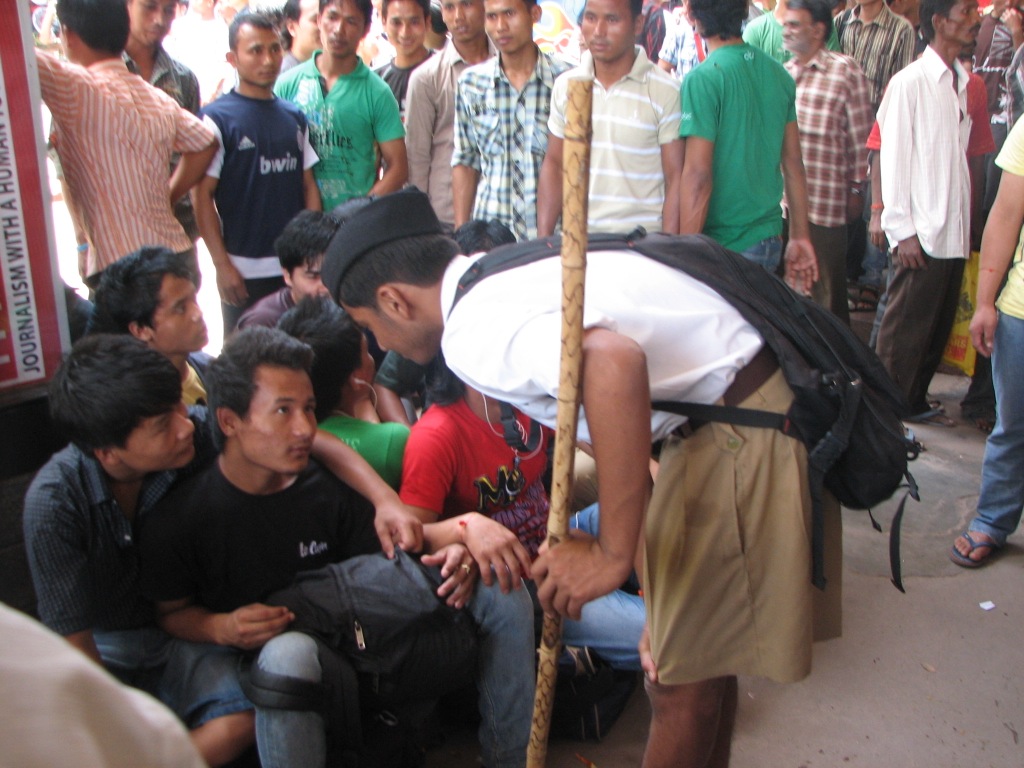