Skip to content
By Ram Madhav, RSS Akhila Bharatiya Saha Sampark Pramukh
NewDelhi, April 20, 2012
Every child in India should have a fundamental right to basic education. With this laudable aim the 86th Amendment of the Constitution was introduced by adding Section A to Article 21 in our Constitution in 2002 during the NDA regime. The idea was mooted originally by Dr. Murli Manohar Joshi, the NDA HRD Minister.
Although the Amendment was introduced in 2002 the NDA government went down subsequently and it took almost 5 years for the UPA government to bring a legislation in line with Art 21 A and make the right of children to free and compulsory education a reality. Thus in 2009 came the new act – “Right of Children to Free and Compulsory Education Act – 2009” (RTE Act in brief).

It is a known fact in our country that there is a huge disparity when it comes to educational opportunities for the children of the poor, the middle class and the rich. While the rich and even the middle class have ample options to choose in the form of public schools, residential schools, convents etc the children of the poor and low-income families have little choice in the education of their child. The dysfunctional government school system or some charities are their only refuge.

Over the decades very little success has been achieved in improving our government-sponsored school system. Conditions in government schools remain pathetic despite grandiose plans and infusion of huge funds. While the world of basic education, along with that of secondary and higher education, is undergoing tremendous transformation with newer methods and tools being introduced the government schools lack even the basic amenities like good teachers, electricity, buildings etc. Teaching tools like computers are a distant dream.
No wonder the literacy rates in our country remains hovering around 73-74% even according to the 2011 census figures. 26% illiterates means there are almost 300 million illiterates in our country. That makes India the land of world’s largest illiterate population.
In that context RTE Act is a commendable initiative. It is also commendable that the Act envisaged a role for private educational institutions also in delivering this social responsibility of making every Indian child literate. Under the Act all educational institutions providing primary education – public and private, aided and unaided alike – have been obligated to reserve 25% seats for the children of the poor and underprivileged. And every child in the age group of 6 to 14 is extended a right to free primary education.
No doubt there will certain difficulties with regard to implementation of this noble scheme. I am reminded of a scheme introduced in Andhra Pradesh in the 80s by the then Chief Minister Mr. N.T. Rama Rao. Under that scheme all hotels in the state have been ordered to sell eatables at the rates prescribed by the government. The idea was to make food available for poor people at affordable prices. Price and quantity of each item was prescribed by the government – a couple of idlis with given weight should be sold for Rs. 2. Initially everybody was happy about the affordability. But soon the hoteliers came up with a novel scheme. They announced two sets of menus in the same hotel – one for the government products and the other for the normal products. In a way it led to a class division in the same hotel.
The new education scheme too is fraught with such implementation related hiccups. If the children of the poor and the rich go to same school how will they mingle? Will it end class divisions in our society at the child level or it will lead to introduction of class divisions in classrooms itself? Right from the uniform they wear to food they carry to stationary they use how would the children of the poor and the rich mingle with each other well is a question to be addressed when the time comes. In any case every effort for social transformation is fraught with some such minor hiccups and I am sure that sooner than later the situation will change and we would be able to create a more egalitarian atmosphere in the society by imparting those values at the primary education level itself.
But no one can deny that the private educational institutions too have a responsibility in educating the poor of the country. It is unfortunate that these institutions, for various reasons, decided to oppose the RTE Act. Not all wanted to shirk their social responsibility; many have other concerns like government’s unwarranted interference in their functioning through this Act etc.

It is heartening that the Supreme Court through a 3-Judge Constitutional Bench upheld the RTE Act and mandated that all the institutions – public and private, aided and unaided alike – must provide 25% seats for the children of the SC & ST and other underprivileged sections of the society. The Court also mandated that the RTE Act should come into being in this academic year itself. That means the state governments have to urgently frame the rules for the implementation of this Act.

However the SC judgment disappoints on one count. While the Central Government wanted all educational institutions to share this responsibility of educating our children the Supreme Court exempts the unaided Minority institutions from that social obligation. One of the three learned judges held that all the private institutions must be excluded from the RTE Act purview. However the majority of the Bench differed and said that only the unaided Minority institutions will be excluded and they need not provide 25% for poor children. The learned judges arrived at that conclusion on a very technical and hence contestable ground that such a provision will change the ‘basic character’ of the institution. The Supreme Court is expected to go beyond technicalities take the spirit of the Constitution into account.
Even this premise that the ‘basic character’ of the minority institutions will change if they implement the RTE Act is debatable because the character of the minority institution is derived from the management – which according to law should have majority members from minority community – and not from the children who study there. In fact a large number of minority institutions have students from non-minority communities in majority.
The learned judges of the Supreme Court have fallen back on the usual argument that Art 29 and 30 of our Constitution provide certain immunity to minority institutions. Art 29 and 30 have been incorporated in our Constitution as ‘educational and cultural rights of the minorities’. And the RTE Act also wants to uphold the right of children to education. Then how can it be pitted against those articles? At the most the Court should have said that the unaided minority institutions should provide 25% seats to the poor and underprivileged among the minorities. To exempt them from this social responsibility completely under the garb of Art 29 & 30 is an incorrect decision that needs to be challenged at an appropriate forum.
This also brings up the insensitivity and irresponsibility of the minority institutions to the fore. They vociferously opposed the RTE Act in the Supreme Court and unlike the other private institutions, succeeded in convincing the Court to exclude them. It doesn’t need great wisdom to state that the minority communities in India have a good number of poor and underprivileged people as members. In fact on many occasions the minority community leaders argue before the same Supreme Court for various rights like SC reservations etc in the name of the poor among their flock. It shows their utter disregard for the poor in their communities that when it comes to providing free education to the children of their own poor they shrug off their responsibility. It shows the minority leadership in true colours. For them only the numbers matter but not the social conditions within their community.
It is a sad commentary that the Supreme Court lets them off the hook when it comes to providing basic education to the poor and underprivileged children of their communities. It is well-known that many of the most expensive schools in our country are minority-run schools. It is also well-known that they provide education not to the pupils of their community but those of the rich families of the majority who can afford the astronomical fee.
The SC order states that they can happily continue to do so while the responsibility of the poor and underprivileged among the minority community will be borne by the schools run by the non-minority. They should do that without any prejudice because that is the ethos of the country. But let the poor and underprivileged among the minorities understand that when it comes to uplifting them the so-called minority leaders show no sympathy or sense of responsibility. At least that is one of the major meanings of the SC order on the RTE Act.

The role of Indian NGOs in India: MV Kamath Article

Wed Apr 25 , 2012
By M.V. Kamath The Kudankulam Nuclear Power Plant in Tamil Nadu will get into the stream soon. The questionable agitation against it has subsided though the role of the agitators remains unanswered. The agitation lasted quite some time and was engineered by a Non-Governmental Organisation (NGO) which reportedly had the […] 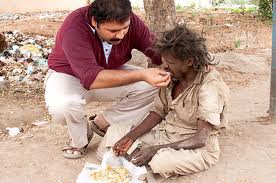