Samskritham was flowing like a river from the tongue that set fire to cinema theatres. Lal was bowing his head once again before the language of the gods which fills the soul of Indian culture.

After the drama ‘Karnabhaaram’, Mohan Lal has devoted himself once again to the cause of Samskritham through an album prepared by ‘Samskritha Bharathi’. Lal introduces the songs in this album in Samskritham itself. Dubbing took place in Vismaya Studio on Friday. Lal found time for Samskritham while shooting for the film ‘Run Baby Run’ directed by Joshi.

Through this album, Samskritha Bharathi aims to take Samskritham to the common man and make everyone aware .

Lal stood before the mike throughout the dubbing. ‘It is better to stand while speaking in Samskritham,’ he said indicating his respect to the language that is still alive.

There are seven songs in Samskritham in the album. Lal’s job was to give lengthy introductions to the songs. He could pronounce even the not-so-easy sentences. Enquiring and understanding the meaning of each word, Lal read out the sentences after knowing the soul of the sentence. Surprised with Lal’s performance, both music director B. R. Shankaranarayanan and Samskritha Bharathi general secretary Dr P Nandakumar said in a single tone: ‘No one will believe if you say you have not learnt Samskritham.’ ‘It was his performance in ‘Karnabhaaram’ and the words he spoke after receiving the doctorate in literature from the Samskritham University that brought us to Mohanlal,’ they added.

‘Do we not become happy when doing things we have not done before,’ says Mohanlal about his Samskritham programme. He surprised the album’s backstage workers during the dubbing by remembering long dialogues of ‘Karnabhaaram’ which he had acted long back.

Through this album, Samskritha Bharathi aims to take Samskritham to the common man and make everyone aware .

(by Raj Puducode in HK) 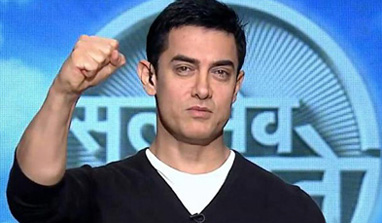