The Kudankulam Nuclear Power Plant in Tamil Nadu will get into the stream soon. The questionable agitation against it has subsided though the role of the agitators remains unanswered. The agitation lasted quite some time and was engineered by a Non-Governmental Organisation (NGO) which reportedly had the backing of some group or groups in the United States. What came as a surprise was that the charge was made by no less than the Prime Minister of India, Dr Manmohan Singh. As he put it: “There are NGOs often funded from the United States and the Scandinavian countries which are not fully appreciative of the development challenges that our country faces”.

A Non-governmental Organisation is any voluntary, non-profit citizens’ group which is set up on a local, national or international level. An NGO supposedly would be concerned with working for the welfare of the people in regard to health, housing, poverty elimination, rural transportation, waste management, community development etc – all admirable and worthwhile objectives. In India a total of 36,414 associations have been registered under the Foreign Contribution (Regulation) Act 1976. According to reliable sources as many as 20,088 of these associations have received as much as an unbelievable amount of Rs 10,82,767 crore! Of that amount, Rs 3,433 crore has come from the United States, Rs 1,130 crore from the United Kingdom and Rs 1,103 crore from Germany. It is believed that in the last ten years the amount received has shown a growth of 175 per cent. One does not know exactly how this money is used.

One knows who started the agitation against the Kudankulam Nuclear Power Plant. His anti-Hindu sentiments are well-known as a series of books he has written strongly indicate. The belief is that the NGOs are more engaged in pointing out the deficiency of the Government at both the Central and State levels. Among the states and Union territories, the highest receivers of foreign funds are reputed to be Delhi (Rs 2012.83 crore), followed by Tamil Nadu (Rs 1,649.27 crore) and Andhra Pradesh (Rs 1,244.21 crore). The list of foreign donors is topped by World Vision International USA (Rs 705.52 crore) followed by Gospel for Asia Inc (Rs 595.51 crore).

Among the top recepients of funds, a fairly large number apparently are missionary organisations involved in conversion, Human Rights etc. Going by media reports in Tamil Nadu alone, some 77 Christian NGOs have received between Rs 1 to 2 crore in 2010-11, another 81 NGOs between 2 to 5 crores, 20 NGOs between 5 to 10 crores and just one NGO over Rs 100 crore. in 2010-11, out of 958 organisations receiving more than a crore of foreign contribution, some 515 were Christian missionary organizations which collectively received Rs 2,003.75 crore. Of these 515, as many as 186 are based in Tamil Nadu. Incidentally, Shri Kanchi Kamakoti Medical Trust has received over Rs 15.66 crore. Two NGOs in Kerala are named as among the top recepients of foreign aid. They are: Belivers Church, India and Gospel for Asia.

In all, the NGOs are believed to be employing as many as 19.4 million people or almost as many as those employed by Central, State and Local Bodies (20 million). What exactly have the NGOs achieved? There are no detailed reports available. Apparently they are not covered under the Right to Information Act. It would seem that the Government of India is somewhat lenient in such matters. It is well to remember that in the United States there is an Act called Foreign Agents Registration Act (FARA) which provides for penalties up to ten years in jail for anyone acting as a foreign agent or getting foreign funds without notification to the attorney General. That Act was reportedly passed to prevent Nazi Germany from propagating its ideology in the United States. But consider what the leader of the Kudankulam agitation, S.P. Udayakumar has done. He has reportedly published several books. One of them: Presenting the Past Anxious History and Ancient Future in Hindutva India got an endorsement from Hoseph E. Schwartzberg, Professor Emeritus, University of Minnesota.

Among other points made by Prof. Schwartzberg was one that is highly revelatory. He wrote: “In this trenchant and salutary work. SP Udayakumar exposes the methods employed by the revisionists and demonstrates their remarkable similarity to those developed so effectively under the European Fascist and Nazi regimes more than half a century ago”. Who funded the publication of this and some other equally offensive books? Does anybody in the government care? To name a few: Om-made History; Preparing the Unlettered for the Future Hindu Rashtra; Historicising Myth and Mythologising History: The Ayodhya Case in India. It is stated that it is only in the last decade that the number of Christian NGOs has doubled and the flow of foreign funds to them has increased by five times. Hasn’t the time come to control the flow of foreign funds?

Under attack are nationalist sentiments and India’s development plans, such as the Kudankulam nuclear plant. The Government thinks nothing about taking over Hindu temple funds. Through the Hindu religious and Charitable Endowment Act (HRCE Act of 1951) state governments have appointed managers to the Boards of Temples in the name of better administration while mosques and churches are completely autonomous.

What kind of secularism is it, pray? In Karnataka, according to media reports, back in 2003, some Rs 79 crore was collected from about 2 lakh temples. That is chicken feed compared to what NGOs are getting these days. And yet no eyes are raised. Few, if any, questions are asked even when government-run projects come under severe criticism. Receiving funds from abroad should be banned and if that is not possible, the use of funds must be under daily government scrutiny by government-appointed nominees. The trouble seems to be that we are scared to take positive action, lest we lose our secular image. We suffer from a deep inferiority complex.

Wed Apr 25 , 2012
New Delhi: Two accused in the 2007 Ajmer Dargah blast case, in separate petitions before courts in Bhopal and Ajmer, have alleged that officials of the National Investigation Agency (NIA) offered them Rs 1 crore each and asked them to name three senior RSS functionaries in the murder of RSS […] 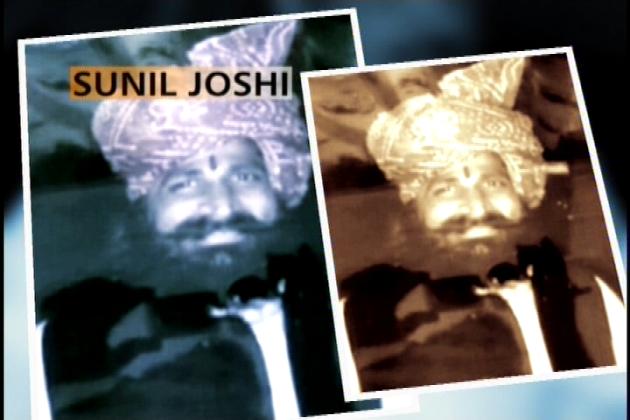