New Delhi: Two accused in the 2007 Ajmer Dargah blast case, in separate petitions before courts in Bhopal and Ajmer, have alleged that officials of the National Investigation Agency (NIA) offered them Rs 1 crore each and asked them to name three senior RSS functionaries in the murder of RSS activist Sunil Joshi.

The alleged offer came during their questioning by the NIA officials in connection with the Sunil Joshi murder case, according to their petitions. The NIA has refuted the allegations.

The petitions filed before the special courts in Ajmer and Bhopal alleged that the NIA officials questioned the two — Mukesh Vasani and Raj Singh alias Harshad — at Ajmer prison from April 16 to April 19.

According to NIA, Vasani and Singh allegedly procured explosives and planted them at the dargah on October 11, 2007. The NIA took over the case in 2011 and filed a supplementary chargesheet against Vasani and Singh in April last year.

Jagdish Rana, the counsel for Vasani and Singh, said, “The petition at the Bhopal court has been filed by Singh while the one at the Ajmer court was filed by Vasani. The NIA had sought permission to question the two in connection with the Sunil Joshi murder case.”

Singh’s petition says, “The NIA officials for three days questioned for five hours each day and forced to name three senior functionaries of RSS saying that Joshi was murdered at their instance. I was threatened and lured with the offer of Rs 1 crore and also promised that the charges against me would be withdrawn. During the three-day questioning, the NIA officials… mentally harassed me to give a statement against RSS officials…The NIA officials are doing the entire exercise at the behest of the central government and creating false evidences.”

NIA officials termed the allegations as baseless. IG Sanjeev Kumar Singh said, “The two were examined after obtaining permission from the designated courts. We have examined them in connection with the Sunil Joshi case as well and the entire proceedings were conducted inside the prison.” Sources also said that both the petitioners are co-accused in the case and their testimony in any form would not have “much relevance”.

The Rajasthan ATS, which was initially probing the Dargah blast case, had in its first chargesheet mentioned the name of senior RSS leader Indresh Kumar. However, the NIA has so far not been able to find evidence against him.

The petitions filed by Vasani and Singh also gave the name of NIA officials who visited them at the Ajmer prison, including a DIG.

Wed Apr 25 , 2012
The NHAI’s plan to widen the Vikkiravandi –Thanjavur National Highway 45C will destroy a 1,300-year-old Siva temple. A 1,300-year old Siva temple, celebrated in the verses of Saivite saint Tirugnana Sambandar and boasting of inscriptions belonging to the Chola kings, is facing demolition by the National Highways Authority of India […] 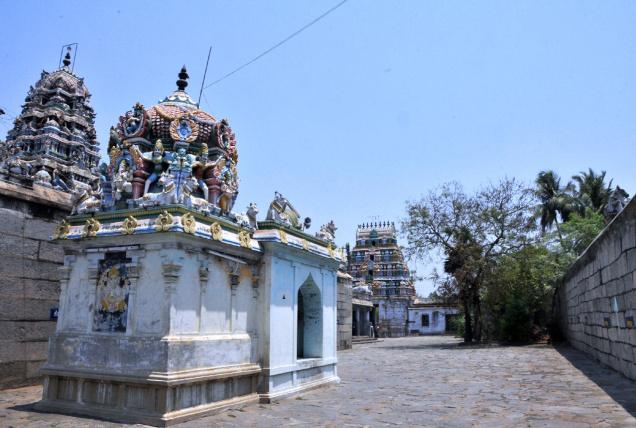