In 12th Planning Commission of Union Govt recommendations, it was proposed that the ban on Gou Maans (Beef) Exports be lifted. Right now there has been a ban on both imports & exports of Gou Maans. Gou Maans Exports encouragement by the Union Govt would have surely got more & more Cows butchered. Sadhu-Sants, VHP, other Hindu Organizations & Hindus in Bharat opposed it totally. In VHP’s nation-wide campaign the demand was made not to allow such a brutal proposal to go through. Govt has issued a press note on March 16, 2012 that there would not be Gou Maans – Beef – exports.

This has become a habit of the Govt to make decisions hurting Hindus & only when Hindus take to streets, to withdraw them. From Rameshwaram Ram Sethu to Amarnath & from Law against superstition inMaharashtra– there are many such examples. Instead of keeping on hurting the majority to appease minority, Union Govt & all state Govts must care for majority sentiments & well-being for the betterment of Bharat.

Therefore, we demand that the Union Govt passes the bill of the law banning Gou Hatya (Cow Slaughter) TOTALLY. The final draft for this Bill is getting ready & we will be sending it to the Union Govt in a short while to be passed in a specific time line. Those who are interested in suggesting significant points can send their suggestions to contacthhl@gmail.com

We also demand that the states that yet do not have law against cow slaughter, must pass the law immediately. The states those have the law must implement it strictly as despite the law, in many states cows are still being captured illegally, transported in trucks & butchered. Gou Rakshaks who try to stop the trucks or stop cows being butchered are sent to jail and even killed but the butchers are not punished! We demand that no cow / cow progeny be killed in Bharat anywhere by anyone.

The above press release ssued by:

Thu Mar 29 , 2012
Pluralism and Universalism Within Hinduism The 10th Rev. Dr. Stanley Samartha Memorial Lecture by Dr David Frawley (Pandit Vamadeva Shastri) on 24 March 2012 in Bangalore organized by the Bangalore Initiative for Religious Dialogue (BIRD) Hinduism and Sanatana Dharma Hinduism has always traditionally referred to itself as Sanatana Dharma or […] 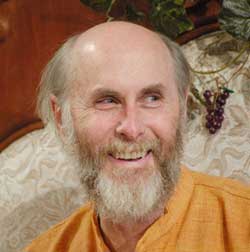