New Delhi, August 7, 2012: Assam Chief Minister Tarun Gogoi has recommended CBI investigation into severe violence in Assam. Reacting strongly on this, VHP International Working President Dr Pravin Togadia demanded that the terms of reference of any investigation in the Ethnic Cleansing of original Tribes, other Hindus & non-Muslims on Assam should be those that protect Indian citizens. He also warned that any effort to treat Indian citizens in Assam at par with invaders Bangla Deshi Muslims will be treated as anti-constitutional.

“Ideally, not by biased CBI, but there should be an unbiased Judicial enquiry into the Ethnic Cleansing of original Tribes, other Hindus & non Muslims in Assam that was done by Bangla Deshi Muslims. This Judicial Commission should have not only a senior Supreme Court Judge but also the representative of Indian Army as the entire border area is militarily important for Bharat’s safety & security. This commission should also have at least 1 representative each of all original tribes in Assam.”

Dr Togadia said, “ANY effort by the Union Govt or the state Govt to ‘fix’ any Indian citizen including any tribes like Bodos or any other tribe / Hindu in violence in Kokrazar, Dhubri, Chirang & surrounding areas when they themselves have been victims of Ethnic Cleansing for years there, will be treated by all Bharat as Govts siding the enemy nation Bangla Desh who has been involved in terror attacks on Bharat through HUJI, IM etc. All Tribes, other Hindus in Assam & rest of Bharat will democratically stand together as ONE against any such conspiracy.

Wed Aug 8 , 2012
VHP Demands strong punishment to the culprit &, All time Protection to places of worship. New Delhi, August 8, 2012: Vishwa Hindu Parishad strongly condemns the brutal attack on the Gurudwara in Oak Creek in Milwaukee County WI. VHP ‘s heartfelt sympathies are with the families of the Gurudwara devotees who lost […] 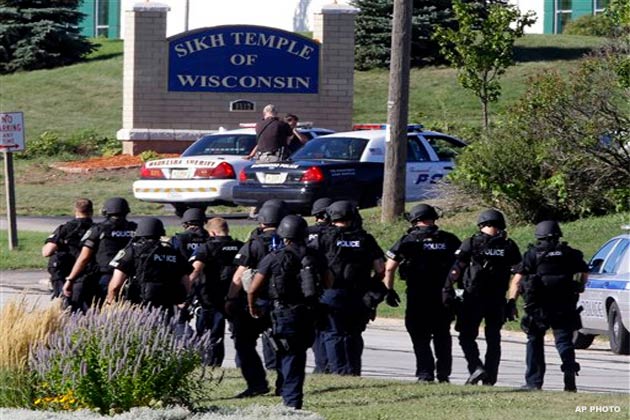