Here is Dr Praven Togadia’s letter to the Hon. Prime Minister of India that is Bharat with a copy to the Secretary General of the UN, Head of United Nations High Commissioner for Refugees, India’s Home Minister & External Affairs Minister, Hon. President of India, President Vladimir Putin – Russia, President Obama – US and the Hon Chief Justice of Hon Supreme Court of India.

It is about the Rohingya Muslims infiltrated in India & straight now parking themselves in front of the UNHCR office & in nearby Mosques demanding Refugee status. These Rohingya Muslims have proven Jehadi Terror links as per the other attached documents as Appendix (total 4). The same Rohingya Muslims did massacre & ethnic cleansing of Buddhists recently in their area that is Arakan between Bangla Desh & Myanmar for demanding separate Islamic state. Some Buddhists like Chakma tribe who survived there, are now in Tripura of India. Rohingyas are projecting themselves as victims, however, there is a current alert about their Jehadi terror links with LET, ISI, Al Qaeda, HUJI, IM & others related to Agfhan Taliban who fought with Russia & also the groups in Kashmir.

The Rohingya Muslims, helped by some Govt of India’s committee members like Nawab Zafar Jung (Ex VC of Jamia Milia University) & leftist students union of JNU are lobbying with the UN & UNHCR for Refugee status. If that happens, then India will have to bear the load of over 40+ Lakh (4 Million) Rohingya Muslims making India’s safety & security more fragile. Therefore, my letter to the PM & others to immediately deport Rohingya Muslims & prevent the UNHCR from giving them refugee status, prosecuting all those who helped them infiltrate in India now & reach straight to Delhi & all those who are sheltering them & doing their PR. It also will damage India’s relations with all Buddhists nations as well as with America & Russia as they all have suffered due to Rohingya Muslims; Jehadi terror. Thailand still has a blanket ban on them.
Kindly help protect the world & India by spreading this as much & urging the PM of India, heads of other nations & the UN, UNHCR as mentioned. Dhanyavaad & regards. Let us together make a difference, says  Dr Pravin Togadia

URGENT LETTER TO THE HON. PRIME MINISTER, INDIA THAT IS BHARAT

Reference: Information from various authentic sources & complaints that we received from the residents of the related areas in New Delhi and attached appendix (total 4) about terror links of Rohingya Muslims.

Jai Shreeram. With reference to the above, I hereby wish to draw your attention to the following extremely urgent issues related to India’s safety & security:

10. There are over 40+ Lakh (4 Million) Rohingya Muslims in the world. They are spread as follows:

11. Rohingya Muslims’ mother country Myanmar, with the new democratic rule there now, has asked them to get out due to their Jehadi activities & mainly because of their war against Myanmar for creating a separate Islamic State – Arakan.

14. With men, women, children (2 women even delivered kids in Delhi recently!), these Rohingya Muslims are now playing a diplomatic Jehadi war against Bharat by pushing the UN to give them Refugee status. This means that Bharat will never be then able to ask them to leave Bharat irrespective of their Jehadi Terror links or activities. At this moment only 3000+ Rohingya Muslims are seen in Delhi, but the way they entered Bharat all the way from Bangla Desh border, proves that they have strong support from either the Jehadi groups in Bharat or/ and by the Govts. Otherwise without any interruption, such a large group of infiltrators known for Jehad would have never reached New Delhi. And after reaching there, would not have been sheltered, supported & lobbied for by the Govt committee member.

15. The Rohingya Muslims, well taken care of by such groups & a few students unions in Delhi have been doing international Public Relations & lobbying projecting them as ‘victims’ of bangle Desh’s tyranny & therefore getting Refugee Status to force Govt of India to give them shelter, food, education, jobs & then citizenship to their kids. At this moment, even though only 3000+ are seen in Delhi, they either may be hiding all over India or waiting to hoard immediately in India once they get the Refugee status.

16. As the Rohingya Muslims are responsible for the massacre & ethnic cleansing of the peace loving Buddhists like Chakma Buddhists etc in the Arakan area near India border, any effort of Govt of India to help Rohingya Muslims will permanently spoil Indi’s relations with all Buddhists & Buddhist nations hurting over 100 Crore (1000 Million) Buddhists & more than that Hindus globally & in India!

Dhanyavaad & hoping for a quick & concrete action against Rohingya Muslims 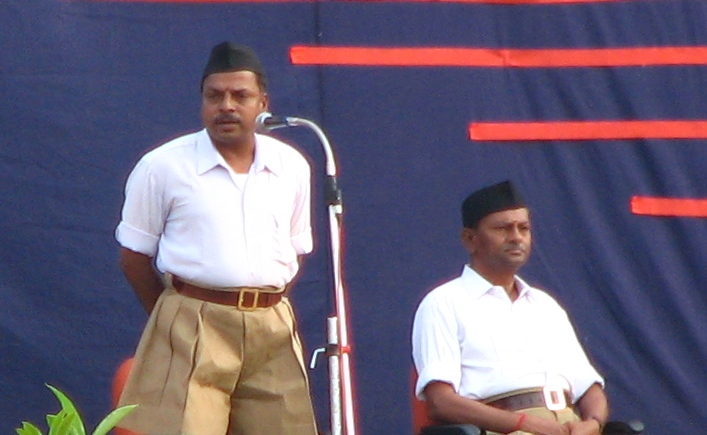