tes in which thousands of patriotic citizens participated.

Swami Vivekananda’s 150 Birthday Celebration Committee had organised “Sankalp Diwas” for the committed youths of Mysore. It is on this day ie., 25 December 1892, Swami Vivekananda took vow to spread the message of Bharath to the whole world at Kanyakumari which has now become the Rock Memorial. About 150 Youths took oath to dedicate themselves to commitedly work in the year-long programmes by the Committee in propagating the teachings of Swami Vivekananda by working amongst youths, women, the poor and the downtrodden.

'Sarhad Ko Pranam': An experience to be Shared this weekend at Bangalore 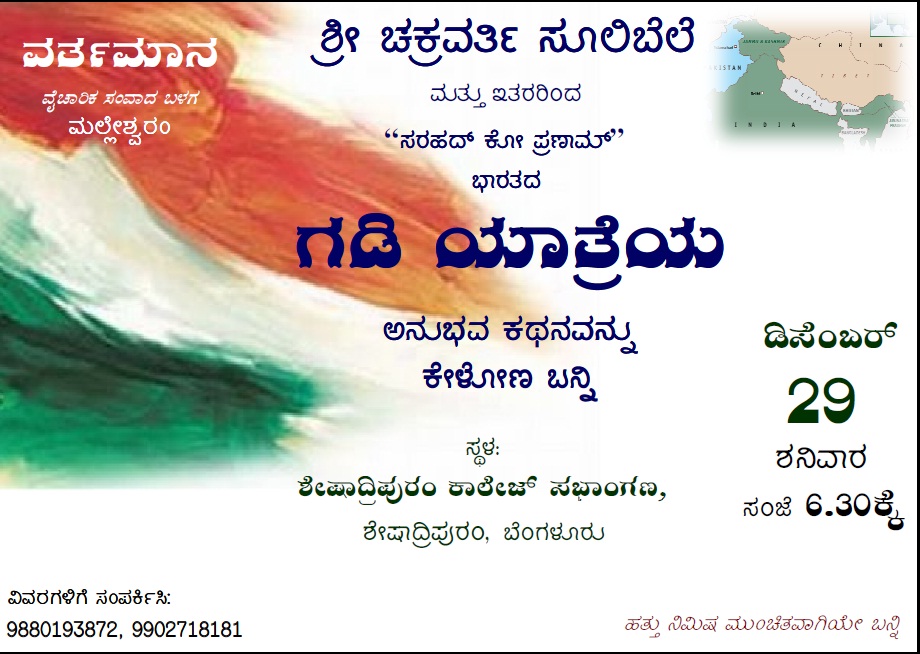