Deepika, who has already qualified for London Olympics, is the current junior world champion and a gold medallist at the Delhi Commonwealth Games. She had also won the Cadet World Title in 2009. Archery Association of India chief and Indian Olympic Association acting president Vijay Kumar Malhotra congratulated Deepika on her win today.

“Beating a Korea in the final is a great achievement. It`s another feather in her cap. I hope she does well in the Olympics,” Malhotra told. Deepika Kumari (born 13 June 1994) is a young Indian athlete who competes in the event of Archery. She was born in the city of Ranchi, in the state ofJharkhand, India. She is a budding archer and a huge prospect for India in the upcoming London Olympics 2012. She won gold medal in the 2010 Commonwealth games in the women’s individual recurve event. She also won gold medal in the same competition in the women’s team recurve event along with Dola Banerjee and Bombayala Devi.

Sun May 6 , 2012
Kasaragod, May 6 2012: The northernmost coastaltown of Kerala, Kasaragod was flooded with saffron flags, as people arrived in thousands for the mamoth Hindu Samjotsav named ‘Hindu Shakti Sangama’. The event was organised by Hindu Hita Rakshana Samithi, a platform of likeminded organisations for Hindu Welafre at Talipadpu Maidan of […] 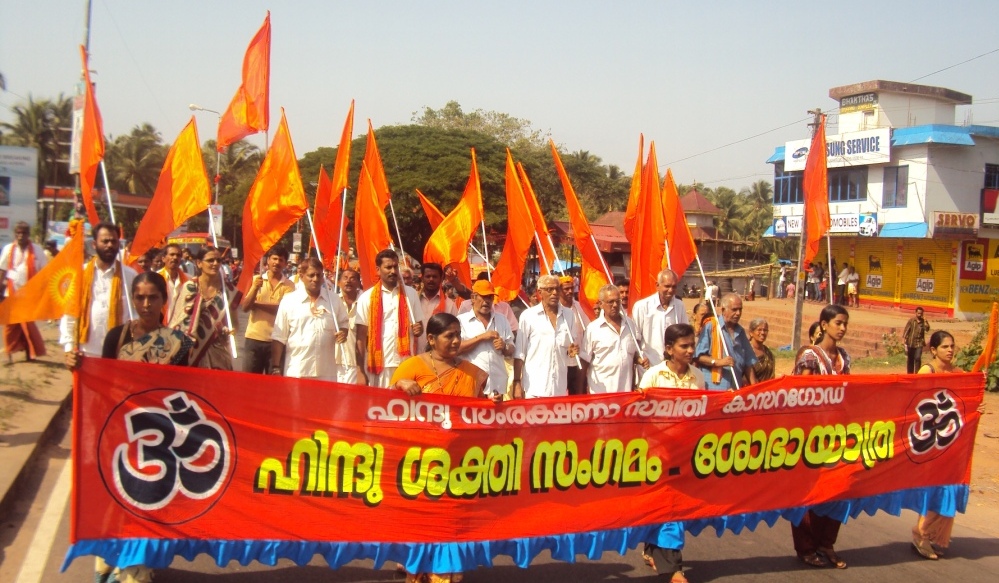