revived bilateral dialogue, with the entire gamut of issues featuring in their

Against Auction Order: New Delhi: The Supreme Court on Wednesday

rejected pleas of seven telecom companies to reconsider its judgment in

the 2G scam cancelling 122 licences in 22 telecom circles. However, it

of its direction to auction these annulled licences. [TOI p1]

3. War within: Did Army chief’s rivals spook govt on troop

movements?, Was Routine, No Need To Notify Delhi: New Delhi: A

night of January 16-17, triggering fears of a challenge to civilian authority,

set off an avalanche of denials on Wednesday, turning the spotlight on

4. PIL Against Next Army Chief Now, Alleges Bikram Singh was

involved in a fake encounter in 2001: NEW DELHI : A group of retired

armed forces officials and bureaucrats have challenged the appointment

of Lt Gen Bikram Singh as the next chief of the Army. Retired Admiral

Laxminarayan Ramdas is the leader of the group, which in a public

interest litigation before the Supreme Court alleged that Bikram Singh,

who heads the Army’s Eastern Command, was not fit to hold the

5. Everyone has an obligation to not lower the dignity of the Army

Chief of the Army Staff, in his first comments on the persisting perception

of a tussle between Gen. V K Singh and Defence Minister A K Antony.[IE

Wednesday denied the newspaper report that the movement of army

response, the BJP on Wednesday said it was “assured” by clarifications

from the Army and government on The Indian Express report on

unscheduled movement of two Army units in January, but underlined that

between the Defence Ministry and the Armed Forces.[HT p3]

Congress on Wednesday rubbished a newspaper report about troop

movements towards the capital in January, the Bharatiya Janata Party

said it was “reassured” by statements from the army and government. [HT

9. After Punjab, rebellion in Rajasthan Cong : Jaipur : A group of 12

Gandhi on Wednesday and complained against the state government. An

meeting and called it a healthy indicator of democracy.[HT p14]

on Wednesday. So far, he has maintained before investigators that there

was nothing illegal in the deal.[HT p14]

completing the acquisition and induction of the nuclear-powered

submarine INS Chakra from Russia on Wednesday, India will strengthen

its strategic security further by testing the 5,000 kilometer-range Agni-5

Supreme Court on Wednesday dismissed an appeal by Subhash Ghaiowned

cancelling the Vilasrao Deshmukh government’s allotment of 20 acres to

the filmmaker’s company at throwaway prices for a film institute. [TOI p1]

secretary Prakash Karat will continue in his post for one more term. The

secretary Prakash Karat has said corruption was an offshoot of the

economic policies followed by ‘neo-liberal’ regimes and only a Leftdemocratic

alternative could fight the nexus of big business, ruling

politicians and bureaucrats ‘looting’ public funds and scarce resources in

has told the Income Tax department that the Rs 2.15 crore seized from a

was meant for purchase of a plot of land.[IE p8]

Wednesday filed the second chargesheet in the NRHM scam against

three others for flouting tender rules in supply of medical kits.[IE p8]

Wednesday cautiously reacted to a news report about the “unusual

“restore equilibrium” between the Defence Ministry and Army. It also

rebuttal from the Government and Army.[Pioneer Daily p1]

Pradesh Lokayukta Bill and the Opposition demanding statements from

the Government, Chief Minister Prem Kumar Dhumal tabled the Bill in the

during elections to civic bodies, state assemblies or the Lok Sabha, they

are increasingly depending on private detective agencies to collect and

20. Digvijaya, Khurshid & Co may face fire for UP debacle, Rahul Set To

Meet State Leaders For Defeat Postmortem: New Delhi: Did you get

Dal? Of AICC and PCC delegates? Of district Congress committee and

names of party workers who did good work, suggestions for future.[TOI

against the Congress has the government treading with care. [TOI p15]

‘third front. He stated that a non-Congress and non-BJP grouping at the

party with a difference and also of the disheartened, according to the BJP

president, Mr Nitin Gadkari. At a meeting with party candidates and officebearers

in connection with the upcoming civic polls in Delhi, Mr Gadkari

24. BJP to take call on second term for Gadkari next month : New Delhi :

next month. While BJP general secretaries met at the residence of

rough dates for the meeting, the final decision is likely to be taken only

25. Govt may cut excise on petrol to avert price hike: New Delhi: The

excise duty on petrol to lower their under-recovery burden, a move that is

expected to help consumers do without an additional burden. [TOI p20]

symbol in India of terror emanating from Pakistan, his brother-in-law Abdul

Rehman Makki, is seen as an equally dangerous and rabid anti-India face

27. UP relief for Muslims in terror cases: Lucknow: The Uttar Pradesh

Old, Says No Merit In Plea: New Delhi: The Supreme Court on

Wednesday began hearing on petitions seeking investigations into the

ministry officials’ objection on sale of spectrum in 2008 at 2001 prices, but

the CBI said there was no merit in the plea.[TOI p16]

Hikaka, the Naveen Patnaik government blinked on Wednesday and

as well as Italian Bosusco Paolo. The Maoists are yet to respond. [TOI p1]

Delhi: The issue of bogus unauthorized colonies that were ineligible for

former urban development minister, who is now in charge of PWD, Raj

31. EC notice to DPCC chief for appeal to Muslims on vote split: New

Delhi: The election commission on Wednesday issued a show-cause

Prakash Aggarwal, seeking a reply on BJP’s allegation that his appeal

made to Muslims to not split their vote is inappropriate. EC has given

Kumar, to the Congress camp has come as a big blow for BJP, which is

already contending with rebels in many wards.[TOI p7]

Rajesh Gehlot, says he will be voted back to power for the development

work carried out by him in the area – construction of new community halls,

relaying of roads, development of parks and success in getting approval

34. Cong banks on Sheila magic to trounce BJP, asks her to finalise

party manifestoes : New Delhi:In 2008, she made a record of sorts by

winning the assembly elections for the third time in succession. In 2009,

credit once again was given to her.[HT p4]

crowds in its public meetings ahead of the municipal elections, the

Bhartiya Janata Party (BJP) has decided to line up its star campaigners.

36. After 3 wins, Romney eyes Obama: Milwaukee: Mitt Romney made a

big leap toward winning the Republican US presidential nomination with a 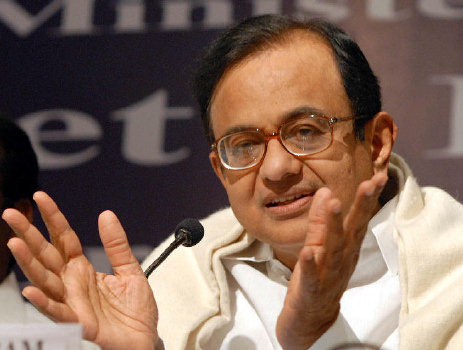