terrorism for peace to break out among the nuclear-armed

polls coming up in July, Congress is having to keep UPA allies like the

has decided not to go in for confrontation with Congress at the moment, it

Creek and Siachen issues saying it was high time these were

meeting with Pakistani President Asif Zardari at the last moment which

resulted in her son and Congress general secretary Rahul Gandhi being

the sole representative of the Congress party at the PM’s high table. [TOI

Modi government on Sunday transferred 68 senior police officers ahead of

the assembly elections in December. Fifty of these are IPS officers.

administrative transfers may be expected after the Jagannath Rath Yatra

:Faced with complaints of long delays in getting the Aadhaar number, the

speeding up the delivery process using the mobile phone.[HT p1]

with Maoists issuing another audiotape on Sunday, seeking clarification

8. Parking, healthon BJP radar : New Delhi :To woo voters ahead of the

municipal elections, the BJP has announced that it will build 100 more

underground parkings and improve health facilities if it comes back to

hotel in central Delhi, police on Sunday morning arrested a Kashmiri from

Srinagar, where he had reportedly fled, for the alleged murder. He has

been brought to the capital on transit remand. [TOI p1]

good stead if its alliance with JD(U) is called off. It is actively competing

(EBCs), which the JD(U) leadership resents. Both Maha Dalits and EBCs

have been supporters of chief minister Nitish Kumar, which has benefitted

tenure of secretaries in all levels of the party to three terms, the CPM on

Kashmiri terrorists to secure the release of a planeload of Indian hostages.

including three ration shop owners, were arrested for allegedly trying to

AntiCorruption Act was registered against ration shop owner Anekpal, his

brother Bhagwandas and three others after they were caught giving a

bribe to the MLA on Saturday, police said. [HT p8]

visitor at his Talkatora Road residence recently. It was none other than

former Congress and now BJP MP Najma Heptulla, who was inducted into

15. Someone may have read too much ( into movements of troops) :

MoS : New Delhi :Admitting that “probably someone down the line (in the

night between January 16 and 17, Minister of State for Defence M M

Zardari extended an invitation to Rahul Gandhi, who reportedly said

:Chief Minister Vijay Bahuguna on Sunday said he would carry out certain

amendments in the Uttarakhand Lokayukta Bill, which was passed by the

talented students who might be offered employment in the future.[IE p4]

to probe into seizure of cash hours before the Rajya Sabha polls, anxious

MLAs have reportedly started visiting charted accountants and lawyers to

ensure that they do not get dragged into the controversy.[IE p4]

: Raipur :Chief Minister Raman Singh is under severe attack from his

ministry for allocating coal blocks at “throwaway price” to a company,

sources in the Income Tax department claimed having gathered sufficient

Jharkhand as a price to cast her vote.[Pioneer Daily p4]

process of Congress reviewing its performance in recent Assembly polls

assess the reasons for the party not getting a majority on its own.[Pioneer

Narendra Modi has said that Gujarat has achieved record output in

agriculture and dairy products despite the Centre’s injustice towards the

report, which has indicted senior current and former DF Ministers like

Kadam, is bound to ignite fireworks during the second phase of the

Budget Session of the Maharashtra Legislature beginning on

25. BJP dissolves all UP district units : New Delhi : In a desperate bid to

revamp its Uttar Pradesh unit, the BJP has dissolved its district units in the

state. After facing humiliating defeat in the recenly concluded Assembly

polls, the party has dissolved its 88 district units and various party

26. MP BJP will launch campaign for poor : Orchha : The Madhya

signature campaign and collect millions of signatures before

the protection of the rights of the poor.[AA p2]

states ruled by the BJP. These states are going to polls, by the end of this

28. Assembly sought for Andamans : Kozhikode :The Communist Party of

steps to provide a Legislative Assembly for the Andaman and Nicobar

islands on the Puducherry model to fulfil the aspirations of the people.[The

Bhubaneswar :After chairing a meeting here on Sunday, Orissa Chief

Minister Naveen Patnaik said there was no confusion in prisoners’ release

list as stated by Naxal leader Sabyasachi Panda. He said there was

consensus between the government and Maoist mediators on release of

Delhi :Critical of the manner in which the Orissa government has

Basusco and BJD MLA Jhina Hikaka, the RSS has called for a “well

state where anyone with a few bullets can take the nation to ransom”.[IE

Committee (PAC) of Parliament, is among the 15 Lok Sabha members

elected to the most prestigious panel for the next term. Since the

chairmanship of the committee traditionally goes to a nominee of the

principal opposition party, Joshi is likely to continue in the post.[IE p4]

32. UP plans SC status for 17 OBC sub-castes: Lucknow: The Samajwadi

secretary Jawed Usmani has sought details from the department of social

welfare before issuing a notification in this regard. The circular from the

UP chief secretary on March 28, too, speaks of the government’s

priorities, including the inclusion of 17 OBC sub-castes within the SC

come out with a common poll manifesto for the three corporations. While

releasing it on Sunday, the party leadership focused on “holistic

sought to tear into BJP’s manifesto for MCD polls, calling it a “bunch of

lies” and list of “false promises” carried forward from the previous election.

BJP is going all out to court Poorvanchali voters of the city. The party has

that the festival be declared a public holiday.[HT p4]

than a week left in the municipal elections, chief minister Sheila Dikshit is

out on roads to woo voters in favour of Congress candidates. Holding

showcased the good work done by her government and slammed the

BJP-ruled MCD for its failure to deliver. [TOI p4]

Municipal Corporation of Delhi (MCD) may be headed for a trifurcation, but

manifestoes for each corporation is pointless, considering “Delhi is still

Tue Apr 10 , 2012
Letter to the Editor, TIME : REQUESTING HIM TO DECLARE THE 2012 TIME 100 POLL AS NULL AND VOID Enclosed herewith please find a copy of the letter sent to the Editor, Time by Indian American Intellectuals Forum (IAIF) by email and Certified Mail requesting him to declare the 2012 Time […] 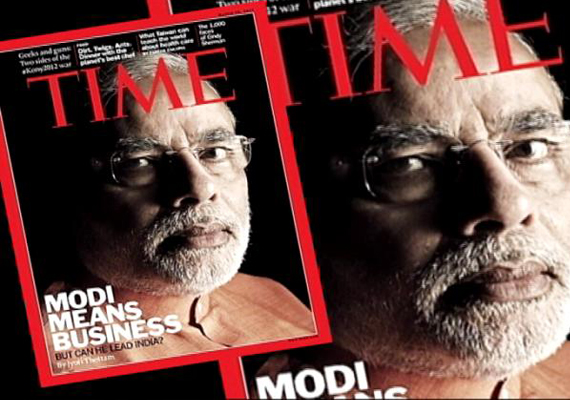